Suhana Khan poses for a gorgeous selfie with cousin Alia Chhiba, breaks the internet with her pout!

Suhana Khan often makes the spotlight follow her on social media with her ravishing pictures. 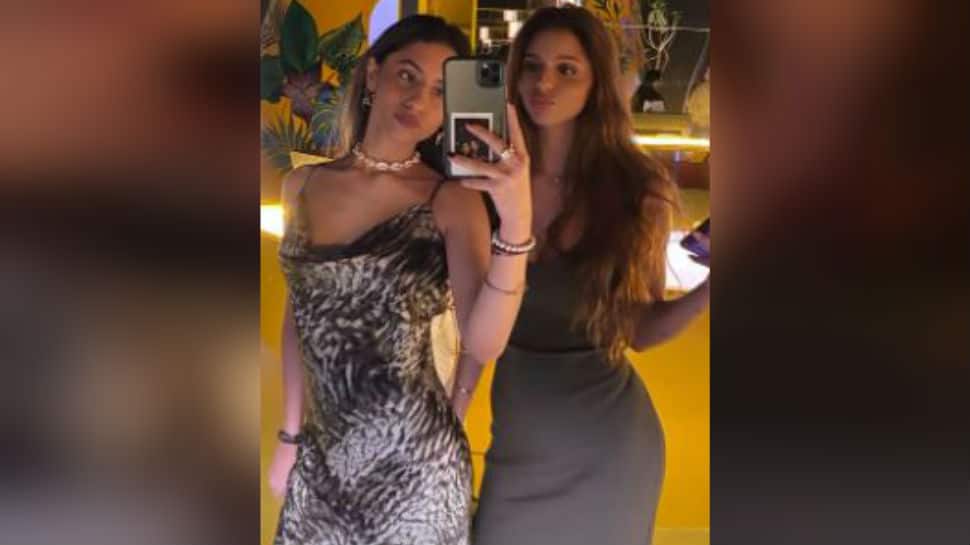 New Delhi: Superstar Shah Rukh Khan and Gauri Khan's daughter Suhana Khan is a social media sensation. Every time she posts something on Instagram, it goes crazy viral. As of now, her selfie with cousin Alia Chhiba is the talk of the town. In the photo, Suhana looks drop-dead gorgeous in a grey outfit while Alia wore a zebra print dress. Alia takes the selfie while Suhana poses with the perfect pout.

Here's the photo we are talking about: 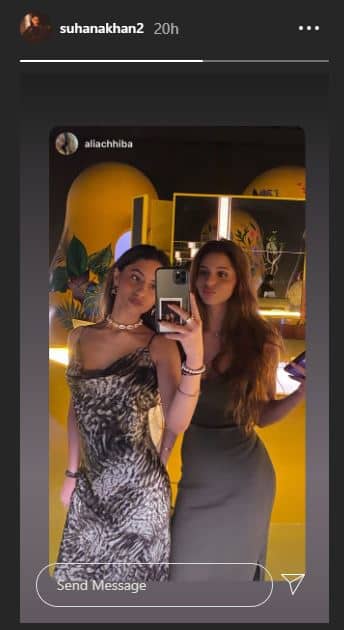 Suhana often makes the spotlight follow her on social media with her ravishing pictures. Apart from the selfie, she also dropped a stunning sun-kissed photo of herself from Dubai, where she currently is. The post was dedicated to SRK's Indian Premier League (IPL) team Kolkata Knight Riders (KKR) after their victory against Sunrisers Hyderabad (SRH) over the weekend.

The post comprised of a then-and-now photo of Suhana celebrating KKR's win. "The stress, since 2008," she wrote.

Suhana studiess films at New York University. She completed her graduation from Ardingly College in England. Months ago, she made her acting debut with a short film titled 'The Grey Part of Blue'.

Suhana Khan is Shah Rukh Khan and Gauri Khan's middle child. She has an elder brother named Aryan and the younger one is AbRam.