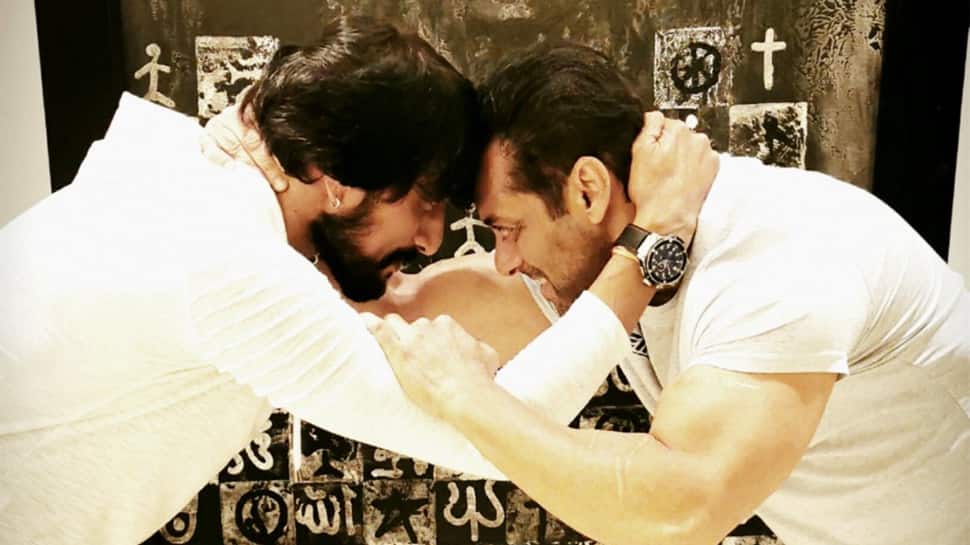 Sudeep took to Twitter to post a pic that has the two stars striking a wrestling pose.

"Pehlwaan & Sultan", goes the caption of the snapshot, referring to the fact that Salman Khan had played a wrestler in the 2016 film, "Sultan", while Sudeep essays one in his upcoming biggie, "Pehlwaan".

"No this isn't another poster.... This is just how he bonds if he luvs. Thank you Salman Khan sir, for the place uou have given me in ur life. Im honoured and blessed," Sudeep wrote.

Sudeep will, incidentally, play the arch villain in Salman's upcoming release, "Dabangg 3". The actors will be seen engaged in a bare-chested fight sequence in the climax of Prabhudheva-directed film, which is scheduled to release on December 20.

In "Pehlwaan", Sudeep stars with Suniel Shetty and Aakanksha Singh. Apart from Kannada, the film is scheduled to release in Hindi, Tamil, Telugu and Malayalam, across 2,500 screens on September 12.