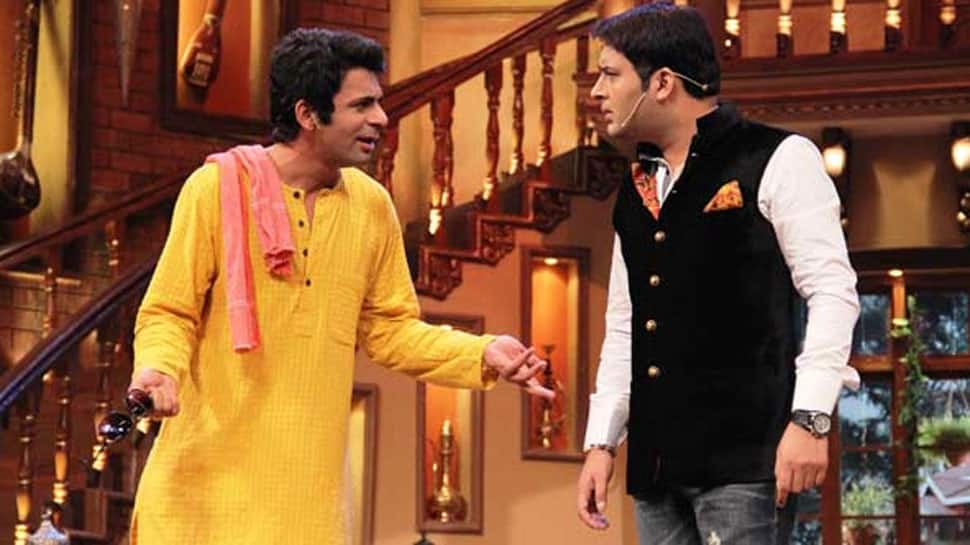 New Delhi: Ace comedian Kapil Sharma recently tied the knot with longtime girlfriend Ginni Chatrath on December 12, 2018, amid family and close friends in Jalandhar, Punjab. The king of comedy hosted a grand reception for his industry buddies in Mumbai which was attended by a lot of B-Town and TV celebs.

However, the former colleague and ace actor Sunil Grover skipped the reception party. While fans wanted to see them pose together but looks like there's still time for it. But, Sunil wished his friend Kapil on social media and congratulated the couple for their new innings.

Kapil, in return, wrote: “Thank u so much paji.. we missed u .. love n best wishes always”

Wishing @KapilSharmaK9 and @ChatrathGinni a happy married life. May God give you happiness and togetherness always. Best wishes

Well, the two had a fallout after the infamous shoe hurling episode midair. Soon after that Sunil quit Kapil's show and the two decided to go on separate paths. Now, the latter is back with 'The Kapil Sharma Show' and once seen as arch rivals Krushna Abhishek and Kapil are seen together on the show tickling the funnybones.

Sunil, meanwhile, is busy with his own show on a different channel and also has his kitty full with Salman Khan's 'Bharat' which will present him in a pivotal avatar.

All said and done, the fans still await to see Kapil and Sunil back together on the small screens!

Alia Bhatt-Ranbir Kapoor's NYC date pics are too cute to miss! See inside