Rhea Chakraborty was first grilled by the NCB on Sunday for six hours and today was the second day of interrogation. 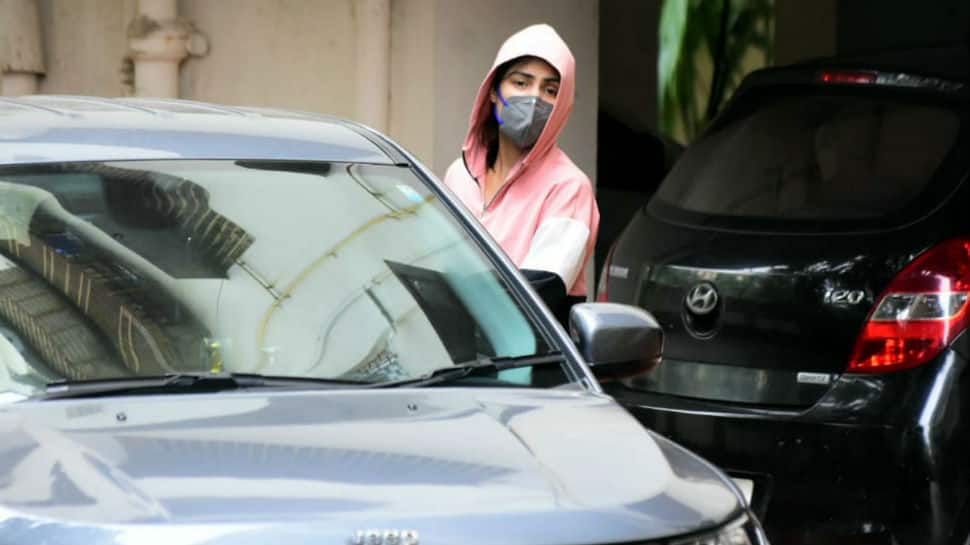 New Delhi: Actress Rhea Chakraborty, who is being questioned by the Narcotics Control Bureau (NCB) in a drugs case linked to actor Sushant Singh Rajput's death, won't be arrested today, sources said, adding that the agency will issue a summon for interrogation again on Tuesday. Rhea was first grilled by the NCB on Sunday for six hours and today was the second day of interrogation.

After the 6-hour questioning session on Sunday, IRS officer Sameer Wankhede, NCB, told the media, "We have recorded the statement of Rhea Chakraborty but due to her late arrival, the investigation could not be continued today (Sunday). The investigation will continue tomorrow (Monday)," news agency ANI reported.

The NCB, meanwhile, has arrested Rhea's younger brother Showik Chakraborty and two close aides of Sushant - Samuel Miranda and Dipesh Sawant - in connection with the case, along with a few other drug peddlers. Showik, Samuel and Dipesh will be in NCB custody till September 9.

The NCB is probing the narcotics and banned drugs angle in this case under criminal sections of the NDPS Act after the Enforcement Directorate (ED) shared with it a report following the cloning of two mobile phones of Rhea.

According to officials, the mobile phone chats and messages indicated procurement, transportation and consumption of drugs and these leads were shared by the ED with the NCB and the Central Bureau of Investigation (CBI).

Sushant Singh Rajput was found dead at his Mumbai residence on June 14. Rhea Chakraborty, who was dating Sushant, is accused of abetting his alleged suicide.

Kangana Ranaut alleges 'BMC has forcefully taken over' her Mumbai office, to demolish it tomorrow