As per earlier reports, Kangana said that she is ready to record her statement, but denied getting any notice by the cops in the case. 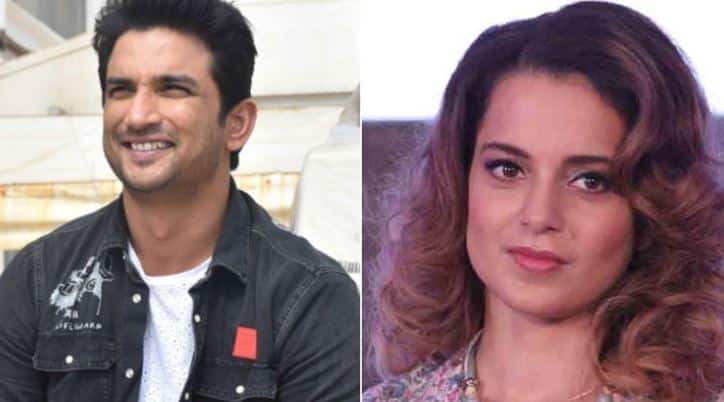 New Delhi: The Mumbai Police on Thursday issued a new summon to actress Kangana Ranaut in late star Sushant Singh Rajput's death. As per earlier reports, Kangana said that she is ready to record her statement, but denied getting any notice by the cops in the case. Sources said that the Mumbai Police had gone to Kangana's Mumbai home on July 3 to summon her to record the statement on July 4, but her manager Amrita Dutt refused to accept the letter. When the police asked for Kangana's contact number, the manager instead gave her own details.

Now, since the actress has been issued a new summon, she is likely to record her statement online. Kangana is in her hometown Manali and according to her sister Rangoli Chandel, who also manages the actress, she can give her statement on email.

Meanwhile, Kangana's Twitter team on Wednesday also lashed out at reports stating that she was summoned before. They also shared a screenshot of a message Rangoli sent to Mumbai Police saying Kangana is ready to record her statement as she wants justice for Sushant Singh Rajput.

There is no formal summon sent to Kangana , Rangoli keeps getting casual calls from the cops for past 2 weeks, Kangana wants to record statement but we don’t get any response from @mumbaipolice, Here’s a screen shot of message Rangoli ji sent to @mumbaipolice pic.twitter.com/w03i2csbWV

Kangana has quite actively called out some Bollywood A-listers for promoting nepotism and favouritism in the industry after Sushant's death.

Sushant was found hanging in his apartment in Mumbai on June 14. He was said to be under stress and depression.

The Mumbai Police has so far recorded the statements of over 36 people in the case. However, fans of the star have demanded a CBI probe into his suicide case citing foul play behind his sudden demise.

Ankita Lokhande lights a candle in Sushant Singh Rajput's memory: Keep smiling wherever you are