‘Sushant Singh Rajput, who?’: Why Twitter is roasting Alia Bhatt and Karan Johar after actor’s death 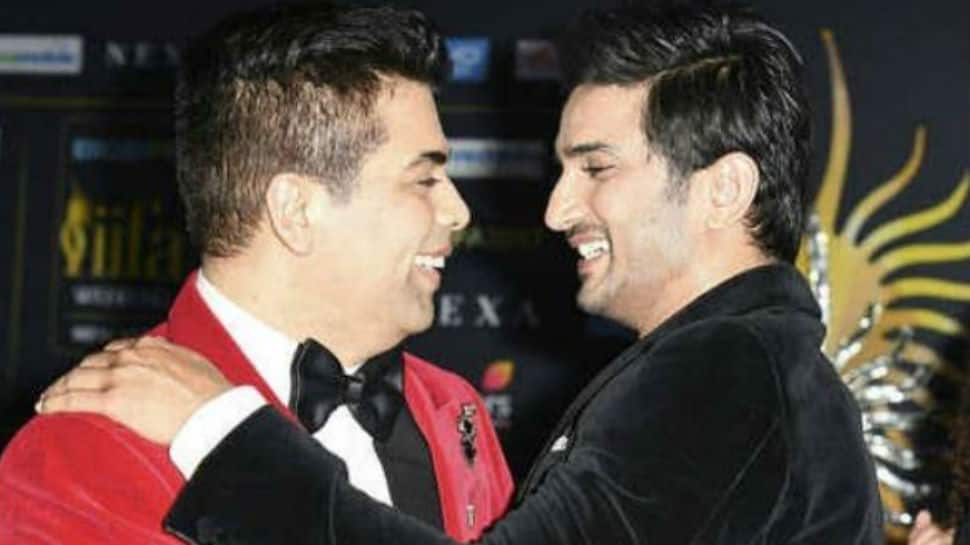 New Delhi: Actor Sushant Singh Rajput’s death has led to a barrage of criticisms for two Bollywood A-listers Alia Bhatt and Karan Johar. Alia and Karan have been trending on Twitter since Monday and a section of the internet has called out the ‘elite club of Bollywood’ for their ‘fake condolence messages’.

On their condolence messages for Sushant, netizens pointed out how these celebs, who once criticised the actor, are now ‘suddenly so concerned about him’.

Sushant, 34, was found hanging in his apartment in Mumbai’s Bandra on Sunday. He was said to be under stress and depression for some months.

In her tribute to Sushant, Alia wrote:

While Karan Johar “blamed” himself for not being in touch with Sushant.

I blame myself for not being in touch with you for the past year..... I have felt at times like you may have needed people to share your life with...but somehow I never followed up on that feeling...will never make that mistake again...we live in very energetic and noisy but still very isolated times ...some of us succumb to these silences and go within...we need to not just make relationships but also constantly nurture them....Sushants unfortunate demise has been a huge wake up call to me ...to my level of compassion and to my ability to foster and protect my equations.....I hope this resonates with all of you as well....will miss your infectious smile and your bear hug ....

Twitter has blasted the duo with strongly-worded tweets. Take a look at some of them here:

This is rich coming from you, weren’t you and your lil clique of Bollywood “elites” always bitching about Sushant on your show, Koffee with Karan? Don’t think we missed that https://t.co/bX2hAzwPgg

She didn't even recognize him earlier  you remember when alia asked karan johar in koffee with karan -" Sushant singh rajput, who?"

You know what Karan Johar and Alia Bhatt mocked Sushant in Koffee with Karan...!!

You know what?
That is Bollywood.

When he approached Karan Johar Banner, he had to hear from his associates "We don't work with small actors"
Was not invited in Ranveer-Deepika's wedding.
Alia Bhatt mocked him in Koffee with Karan, saying "Sushant Singh Rajput, Who ?"

Sushant starred in only one film by Karan Johar, which was his last too – ‘Drive’ – which released on Netflix.

He was the star of films such as ‘Kai Po Che!’, ‘Shuddh Desi Romance’, ‘MS Dhoni: The Untold Story’, ‘Sonchiriya’, ‘Kedarnath’ and ‘Chhichore’.

Sushant’s last rites were performed on Monday in the presence of family members and a few Bollywood stars such as Shraddha Kapoor, Kriti Sanon, Rajkummar Rao, Varun Sharma, director Abhishek Kapoor and his wife Pragya, Vivek Oberoi and Mukesh Chhabra.

Immunity Conclave On Zee : which Yoga is best for fitness?