Bollywood actress Rhea Chakraborty on Monday (September 7) filed a complaint with the Mumbai Police against the actor's sister Priyanka Singh and Dr Tarun Kumar of Delhi's Ram Manohar Lohia Hospital over what she claimed a "bogus medical prescription" to help Sushant procure medicines to treat anxiety. 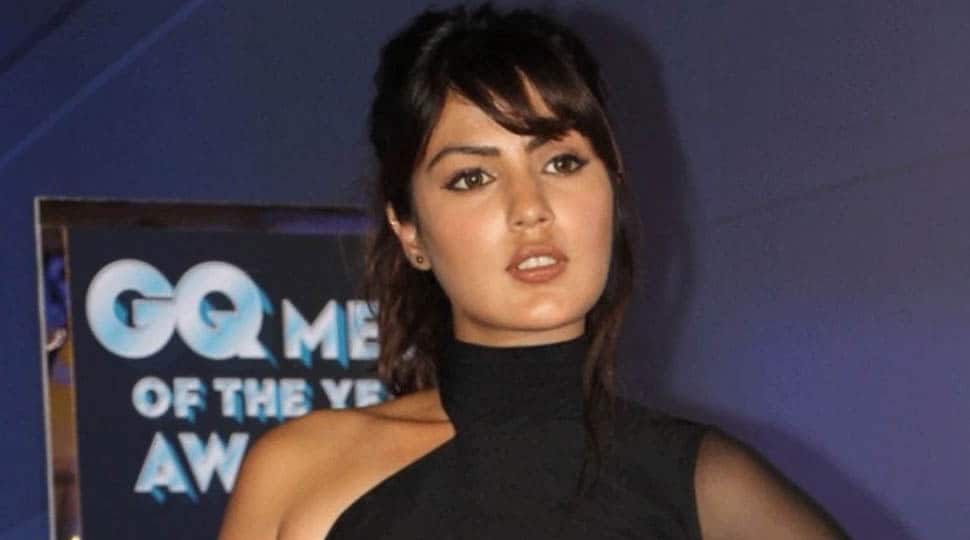 Bollywood actress Rhea Chakraborty on Monday (September 7) filed a complaint with the Mumbai Police against the actor's sister Priyanka Singh and Dr Tarun Kumar of Delhi's Ram Manohar Lohia Hospital over what she claimed a "bogus medical prescription" to help Sushant procure medicines to treat anxiety. Rhea also mentioned in her complaint that Priyanka molested her and demanded sexual relationship with her in 2019.

"Priyanka Singh started touching to my body with unusual behaviour and then she started molesting me and started demanding sexual relationship," Rhea said in her complaint.

"(Sushant Singh Rajput) died merely five days after obtaining the prescription in which he was unlawfully prescribed psychotropic substances," Rhea Chakraborty said in her complaint.

"It is imperative that the actions of Priyanka Singh, Dr Tarun Kumar and others be investigated and that it be determined as to how they came to provide the deceased with such a bogus and unlawful prescription," she added.

In her complaint, Rhea said that the forged prescription sent via Whatsapp to Sushant by his sister depicted the late Bollywood actor as being at a Delhi Out Patient Department when he was in Mumbai.

Rhea's complaint is based on WhatsApp texts between Sushant and Priyanka from June 8, six days before the actor was found hanging at his residence in Mumbai.

The chat shows that Priyanka suggested Sushant to take Librium for a week, Nexito every day and Lonazep for "whenever there is anxiety attack".

Notably, these medicines are prescribed to treat depression and anxiety. The Whatsapp chat also revealed that Priyanka told Sushant that she can help him connect with the "best doctor in Mumbai, all confidential".

Rhea claimed that she left Sushant's apartment on June 8 and the actor had showed her the messages he had received from her sister. Rhea added in her complaint she tried to dissuade Sushant from taking the medicines suggested by his sister, but the actor "insisted" on only taking medicines "his sister was prescribing him".

"The deceased then proceeded to ask me to leave the house as his other sister Meethu Singh was coming to live with him and would take care of him. It was thus that I came to leave our residence and this was also the last time I saw the deceased alive," Rhea mentioned in her complaint.

Rhea also said that Sushant was undergoing treatment for mental health issues and was suffering from bipolar disorder. "However, the deceased was not disciplined in respect of his treatment and would abruptly stop his medication to the dismay of his doctors and myself," she noted.

The 28-year-old Rhea is being probed over allegations that she mentally harassed the actor and stole a huge amount of money from his accounts. The agencies are also probing whether she had a role in Sushant's death.

Rhea was also questioned for two consecutive days by the Narcotics Control Bureau, which has arrested her brother Showik and two personal staff of Sushant in its probe into a drugs angle in the death of the actor.