Bollywood actress Sushmita Sen was left teary-eyed when her 10-year-old daughter Alisah read out a thought-provoking essay on adoption which she had written all by herself. 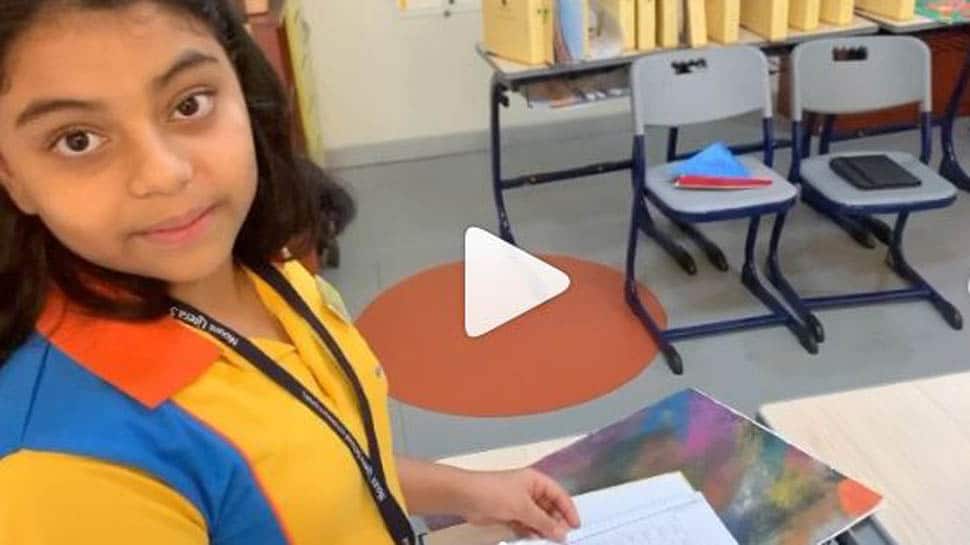 New Delhi: Bollywood actress Sushmita Sen was left teary-eyed when her 10-year-old daughter Alisah read out a thought-provoking essay on adoption which she had written all by herself.

Sush was taken aback by the sensibilities of a 10-year-old and couldn't hold back her tears.  The actress shared the video of Alisah reading out her essay and captioned it, "You gave life in such a way, that you saved one”  #alisahsen #10yrsold #essay #adoption She had me in tears!!! This magnitude of love, acceptance, security, purity & honesty...the divinity in her convictions...uffff! Just listening to her opens the heart!!! #sharing #truth #kindness #bornfromtheheart I love you guys!!! #listen #duggadugga."

In the video, Alisah can be heard saying that she has framed her article on the basis of her past experiences. She went to say that everyone who has the right to adopt because everyone deserves happiness in their lives. Her last line, "You gave the line in such a way, that saved one. " forced Sushmita to grab a tissue.

Sush's boyfriend Rohman Shawl seemed mighty impressed with Alisah's thoughts. Praising her and her mom, he wrote, "My Gabdu so proud of this kid & the one who raised her so well !!

Sushmita paved a way for many single women when she adopted her first daughter Renee at the age of 24. Many years later, she brought Alisah into her life and became a perfect mother to the two daughters.

The actress has been away from the limelight for the longest period now. She has starred in some of the popular films like Main Hoon Na, Biwi No 1, Kyunki Main Jhooth Nahi Bolta.