The woman has withdrawn her complaint against him. 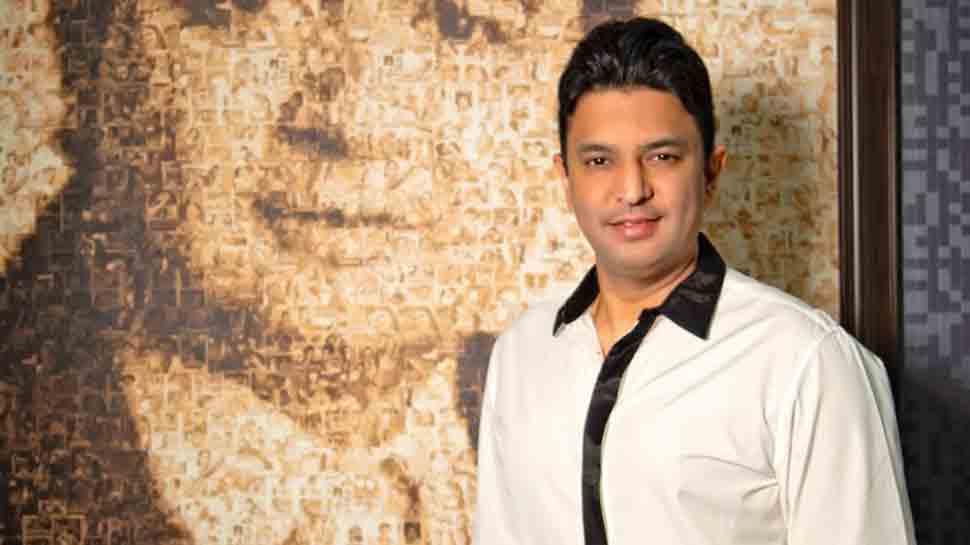 New Delhi: T-series owner Bhushan Kumar was the latest name to be dragged into the MeToo movement. However, the woman took back her complaint in less than a day.

On Wednesday, a woman, who works at T-Series, approached the Mumbai's Oshiwara police station and filed a complaint against Bhushan Kumar accusing him of sexually exploiting her on the pretext of getting her work in his company.

In a written letter, the woman claimed that she met Bhushan at the premiere of 'Bhoomi' in 2017 where the two exchanged numbers with each other. According to the woman, Bhushan offered her a three-film deal in return of sexual favours. Accusing him further, she said that Bhushan blackmailed her and even threatened to not let her survive in the city if she rejects his 'offers'.

However, as per latest updates, she has withdrawn her complaint against the T-Series head honcho and said that her allegations were false and 'out of frustration'.

A statement from T-Series spokesperson is awaited.

Bhushan Kumar's T-Series has produced 'Why Cheat India' and 'Bharat' which will be releasing this year.

Earlier in October, an unnamed woman claimed on Twitter that Kumar had called her to a bungalow for a three-film deal and threatened to destroy her career if she refused. "I was new and I was scared, very scared!! The next day i got to know that i was dropped from the film bcoz i had refused to sleep with the 'boss', said the anonymous account. 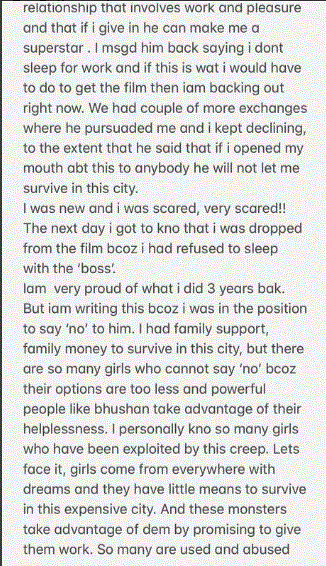 Kumar, however, denied the allegations in a statement issued to PTI, which read, "I am appalled and anguished to know that my name has been dragged in this metoo by some anonymous person(s). The allegations against me are bad on the face of it. I have enjoyed an impeccable reputation and have always maintained professionalism. The tweet has been used as a tool to defame me and malign my reputation. I have taken this allegation very seriously and lodging a complaint with the cyber cell of the Mumbai Police to track the mysterious people(s) whose twitter handles have disappeared within seconds of uploading the malicious tweet. I'll take all such actions as I will be legally advised."

As part of India's MeToo movement, a number of celebrities have been called out as sexual predators.

Last year, T-Series had dropped Subhash Kapoor as the director of its upcoming project 'Mogul' after an old molestation allegation, levelled by actor Girtika Tyagi, resurfaced. It was reported that in the wake of sexual allegations against Kapoor, Aamir Khan opted out of 'Mogul'.

Recently, '3 Idiots' filmmaker Rajkumar Hirani was accused of sexual misconduct by a woman who worked with him on his 2017 film 'Sanju'. In an article on HuffPost India, the woman, who calls herself as "an assistant", alleged that Hirani sexually abused her more than once between March and September 2018.