Kangana and her sister Rangoli Chandel have often tweeted against the actress, calling her a 'sasti copy', which created a lot of stir on the micro-blogging site previously. 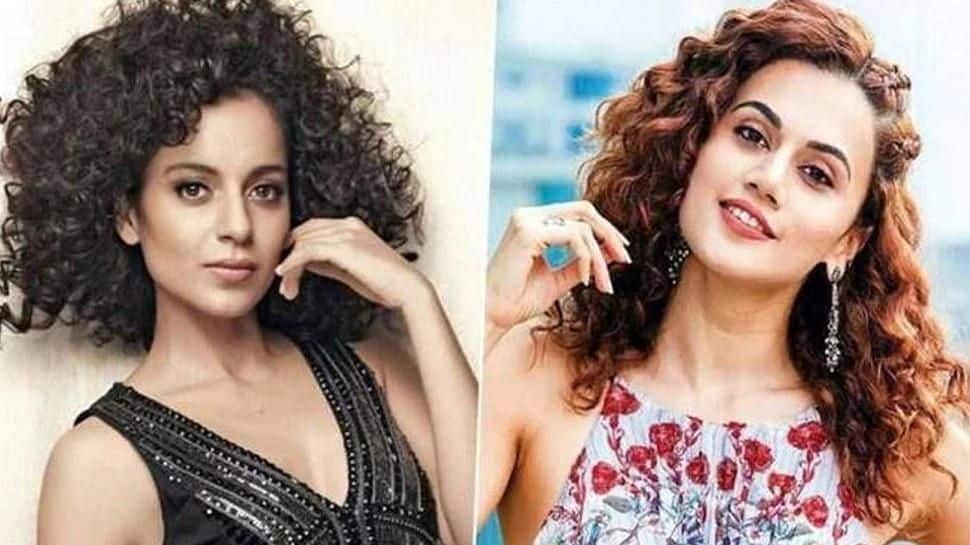 New Delhi: Bollywood actresses Taapsee Pannu and Kangana Ranaut have been in a war of words ever since the latter referred to her and Swara Bhasker as 'B grade actresses'. Since then their Twitter banter has been a never-ending saga.

Reacting to Kangana's absence from Twitter since her ban, Taapsee in an interview told Hindustan Times, "No, I don't miss her. I didn't miss her, or want her, also before. She's too irrelevant for me, in my personal life. She's an actor, she's a colleague in that respect. But more than that, she doesn't hold any relevance in my life. I don't have any feelings for her, good or bad."

Kangana and her sister Rangoli Chandel have often tweeted against the actress, calling her a 'sasti copy', which created a lot of stir on the micro-blogging site previously.

On the work front, Taapsee will be soon seen in ‘Haseen Dillruba’ alongside Vikrant Massey and Harshvardhan Rane in pivotal roles. 'Hassen Dillruba' was purportedly filmed during the pandemic and is now set for an OTT release on July 2, on Netflix. Other than that, she also has ‘Looop Lapeta’, ‘Rashmi Rocket’, and ‘Shabaash Mithu’ in the pipeline.

On the other hand, Kangana is all set to make her digital debut as a producer with the upcoming film ‘Tiku Weds Sheru.’ Kangana dives into webspace with her production house Manikarnika Films and also launched its logo.

The ‘Gangster’ actress will be seen in ‘Thalaivi’, a biopic on late legendary actress turned politician J Jayalalithaa. The film's release was postponed due to the COVID outbreak. She is also part of the films ‘Tejas’ and ‘Dhaakad’ among others.