Taapsee Pannu: 'I dedicate 'Saand Ki Aankh' to my mother'

"Saand Ki Aankh" is produced by Anurag Kashyap, Reliance Entertainment and Nidhi Parmar. The film is slated to release on October 25. 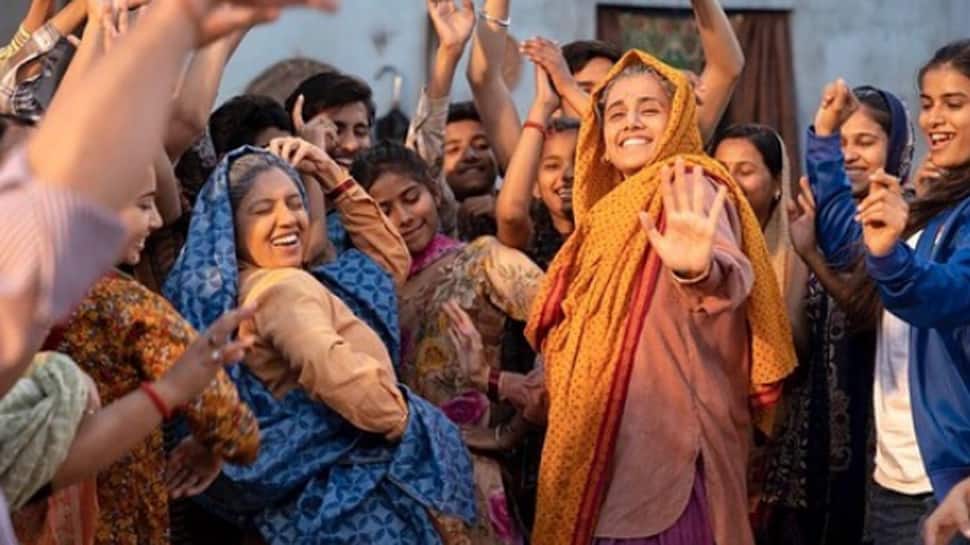 Mumbai: Actress Taapsee Pannu wants to dedicate her next film 'Saand Ki Aankh' to her mother because while working in the film, she realised the countless sacrifices a woman makes to run her family.

"Saand Ki Aankh" is based on the lives of sharpshooters Chandro and Prakashi Tomar, who are the world's oldest sharpshooters, essayed by Taapsee and Bhumi Pednekar. The film shows how these women defied tradition to pursue their goal and attained fame by winning more than 30 national championships after the age of 65.

"Listening to their story, I just couldn't stop thinking about my mother because it's a story of those women who have lived their life for their parents, husband and kids but they never lived their life on their own terms. My mother is 60 years, so this is special. At this stage, I feel like telling her I want to be a reason for her to live her life the way she wants to. I hope she gets that through this film," said Taapsee about the festive release.

"From my side, this film will be dedicated to my mother. I hope people will get their mothers, grandparents and parents to watch this. This Diwali should be a truly family Diwali in the theatres," she added, while interacting with the media at the film's trailer launch along with co-actor Bhumi Pednekar and film's director Tushar Hiranandani on Monday in Mumbai.

Talking about the film, Taapsee said: "I always wanted to do a film where two heroines have equal roles. When I heard the narration, I had tears in my eyes and within 10 seconds, I said yes to the film. I feel Chandro and Prakashi Tomar are big inspiration to the people of our country."

"Saand Ki Aankh" features two actresses in lead roles, which is a rare case in Hindi film industry. On this, Taapsee said: "I don't think only one person can make an entire film. There are a lot of people who are responsible to make a film, even if it is a single hero or a single heroine film. I think ita¿s unfair to take away the credit from them. I feel this (a two-heroine film) is not very usual on-screen but I have a habit of doing things that are termed as aunusual'. Bhumi (Pednekar) and I bothin the film, script and our roles individually."

"Saand Ki Aankh" is produced by Anurag Kashyap, Reliance Entertainment and Nidhi Parmar. The film is slated to release on October 25.