Taapsee Pannu is a sight to behold in these pics!

Taapsee looked like a breath of fresh air in a green crop knotted t-shirt and yellow flared pants.

New Delhi: Bollywood actress Taapsee Pannu left us all intrigued in the trailer of 'Game Over' and expectations from the film are quite high. Slated to release on June 14, the film has Taapsee playing the role of a game designer, who gets paranoid when it is dark.

The pretty actress was recently spotted promoting the film at Novotel, Juhu. She looked like a breath of fresh air in a green crop knotted t-shirt and yellow flared pants. Her curly hair and stylish earrings accentuate the look. 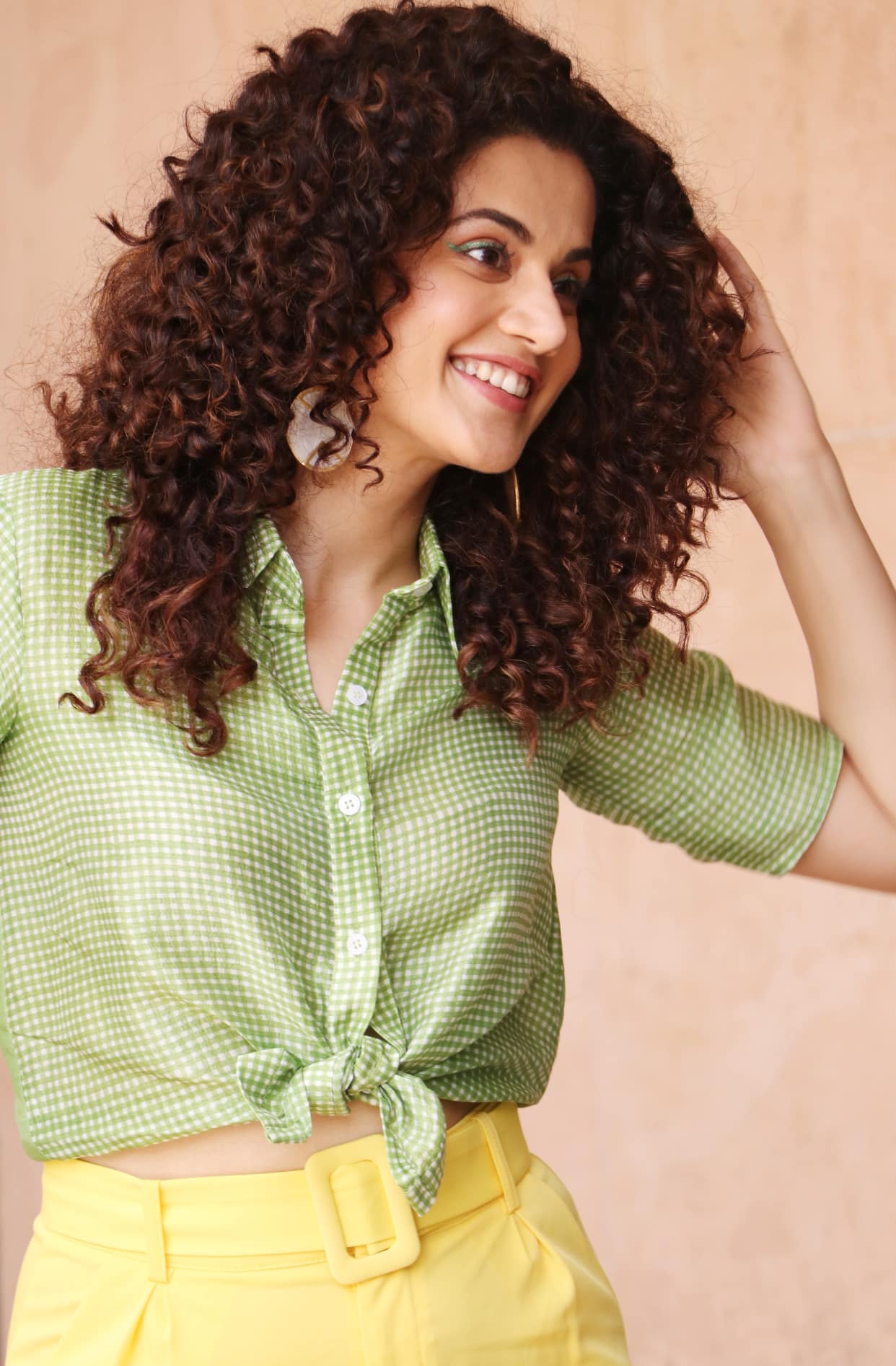 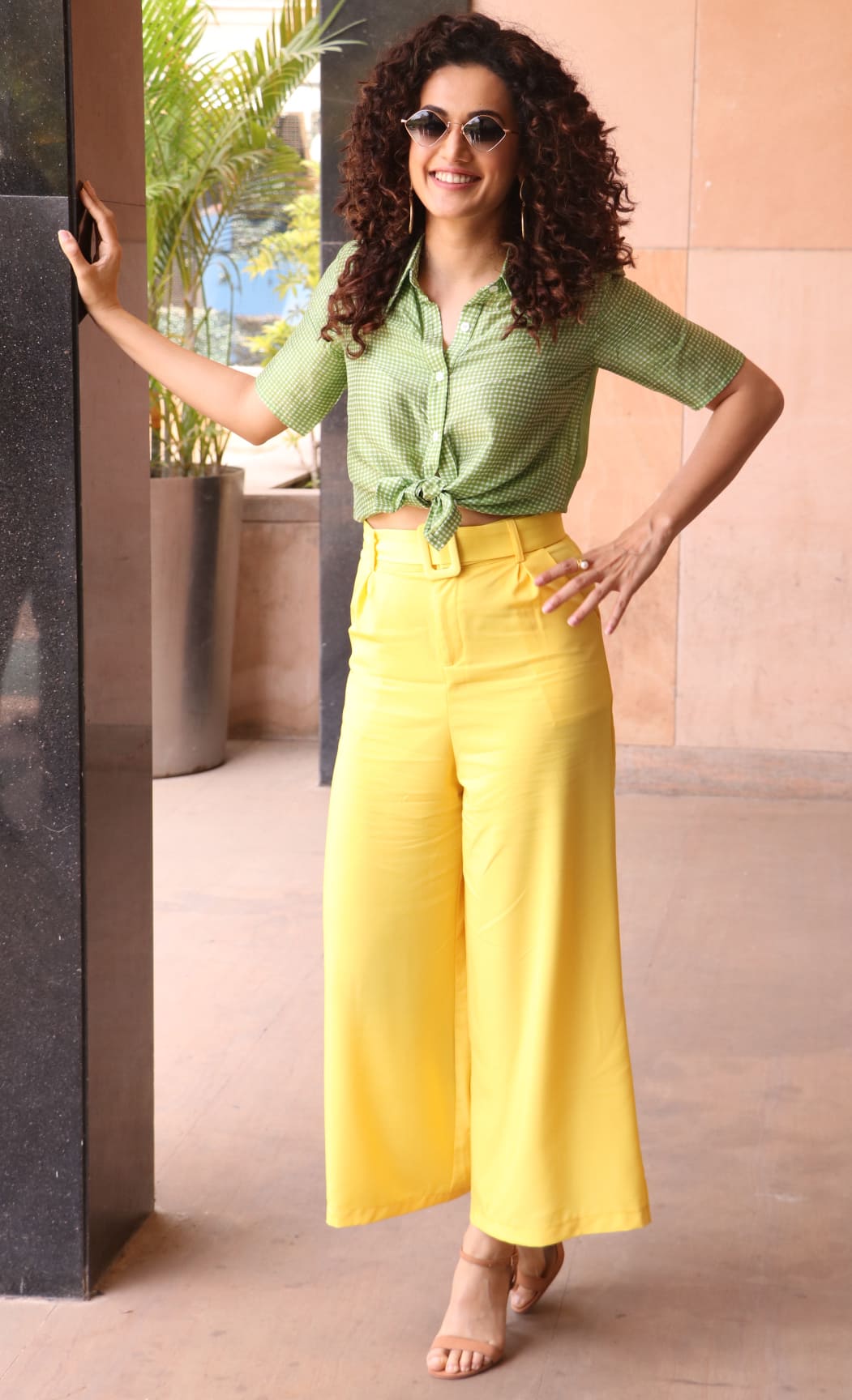 Coming to 'Game Over', the film will release in Hindi, Tamil and Telugu and is a horror-thriller. It also stars Rana Dagubatti and is directed by Ashwin Saravanan.

Taapsee recently wrapped up shooting of 'Saand Ki Aankh' which also stars Bhumi Pednekar. This is the first time that we will see the 'Pink' actress and Bhumi sharing screen space.

Taapsee is also a part of the multi-starrer 'Mission Mangal' and also stars Akshay Kumar, Vidya Balan, Sonakshi Sinha, Kirti Kulhari, Sharman Joshi, Nithya Menen among others. It is directed by Jagan Shakti and is co-produced by R Balki and Akshay Kumar.