Taapsee Pannu reveals how she was once replaced from a film because of a hero's wife!

Taapsee Pannu will next be seen in 'Shabaash Mithu', Rashmi Rocket' and 'Haseen Dilruba'. 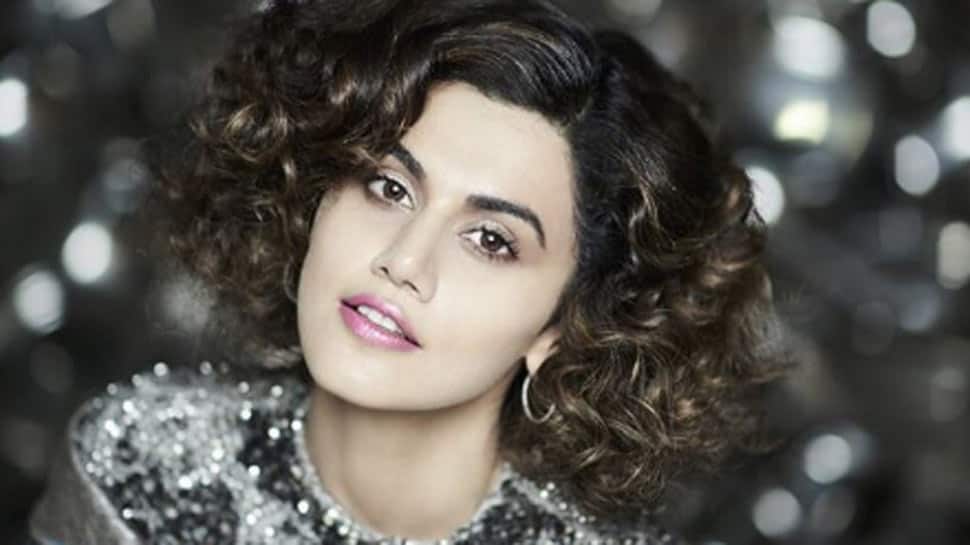 New Delhi: B-Town's talented find, actress Taapsee Pannu has proved her acting mettle in several of her performances in movies like 'Pink', 'Badla' and 'Thappad' to name a few. However, it has not been an easy ride for this stunner.

In an interview with Filmfare, Taapsee opened up on her struggles and how she had to face initial hiccups in professional life. She said, "I faced some really weird things in the beginning like she isn’t pretty enough. I’ve been replaced because the hero’s wife didn’t want me to be part of the film. I was dubbing for one of my films and I was told that the hero didn’t like my dialogue so I should change it. When I refused to change it, they got a dubbing artiste to do it behind my back. There was a time when I was told the hero’s previous film didn’t work, so you slash your price because we need to control the budget. There was some hero who wanted my introduction scene changed because he felt it would overpower his introduction scene. These are the things that have happened in front of me, I don’t know what’s happened behind my back. I decided that from now on, I will only take up films that will make me genuinely happy to go to work. People advised me against it because there might be a point of no return. Whenever a girl has tried to do women-driven films there’s a tag that’s attached to her and male stars are then hesitant to take her as their leading lady. It might be a little harder, longer journey but it’s going to be one that I’m going to enjoy each day. It has worked out till now."

Taapsee Pannu will next be seen in 'Shabaash Mithu', Rashmi Rocket' and 'Haseen Dilruba'.

She also cleared the air about working with Shah Rukh Khan and Rajkumar Hirani. Taapsee Pannu said, "The day I sign the film, I will be on my roof shouting and screaming. Who doesn’t want to romance Shah Rukh Khan? He was my producer for Badla. He’s the most charming man I’ve ever come across. Even though I had very limited interactions with him on very limited occasions... but some people have that charm… he has that. I think if I get the chance to share the screen with him, I’ll just be looking at him and admiring him in between shots... And Rajkumar Hirani… I will be shouting from my terrace the day I sign it. But until something is confirmed, I’m not going to talk about it."