Dressed in his blue striped night suit pyjama set, the cutesy kid was clicked at the airport while daddy Saif carried him in arms.

New Delhi: Saif Ali Khan, Kareena Kapoor Khan and their little munchkin Taimur Ali Khan were spotted at the airport late night. The fam jam is headed to London reportedly where Bebo and Saif will be shooting for their respective ventures.

And coming back to their airport spotting, what caught our attention was the apple of their eyes—baby Taimur, who looked super sleepy. Dressed in his blue striped night suit pyjama set, the cutesy kid was clicked at the airport while daddy Saif carried him in arms. 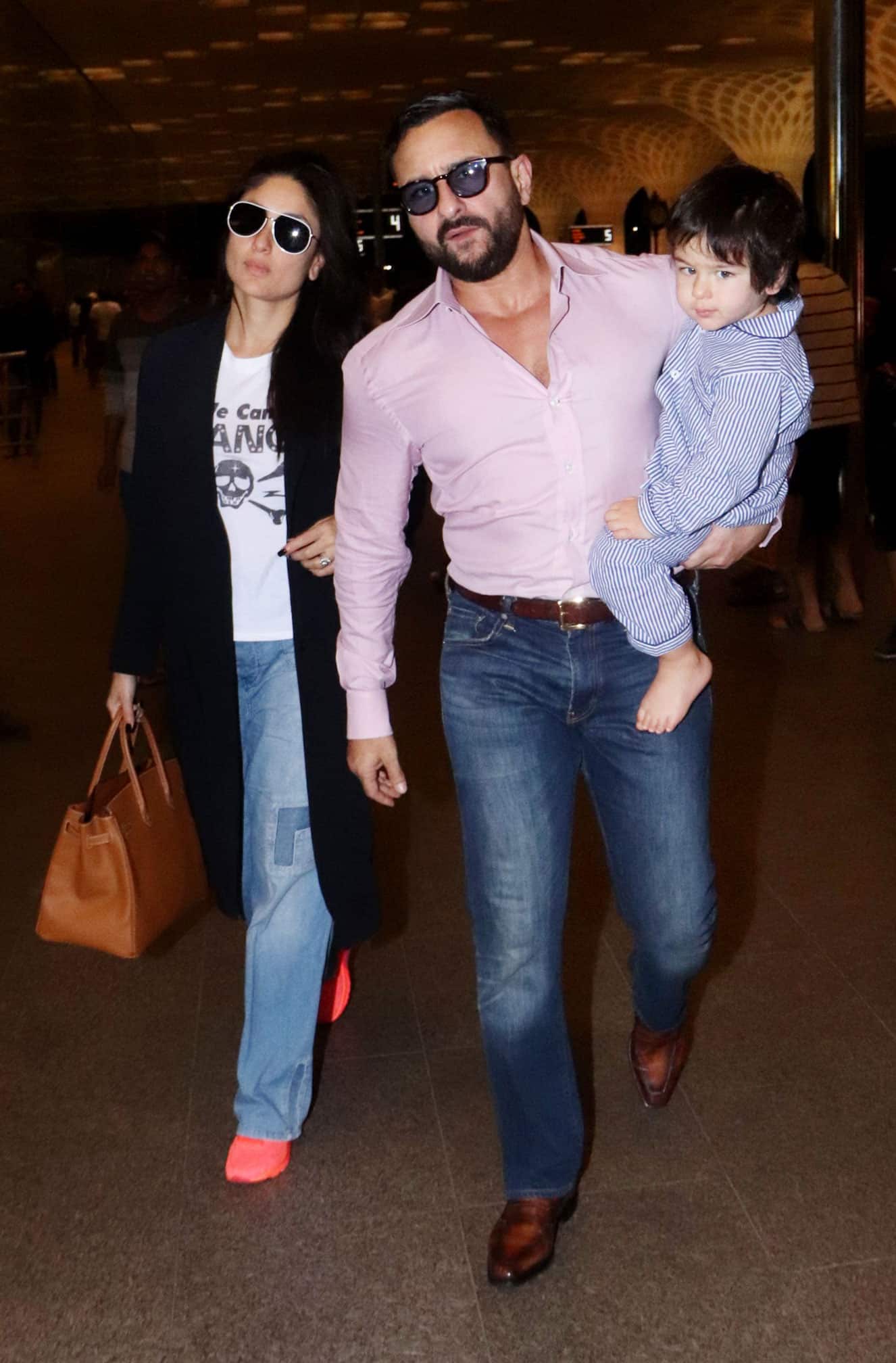 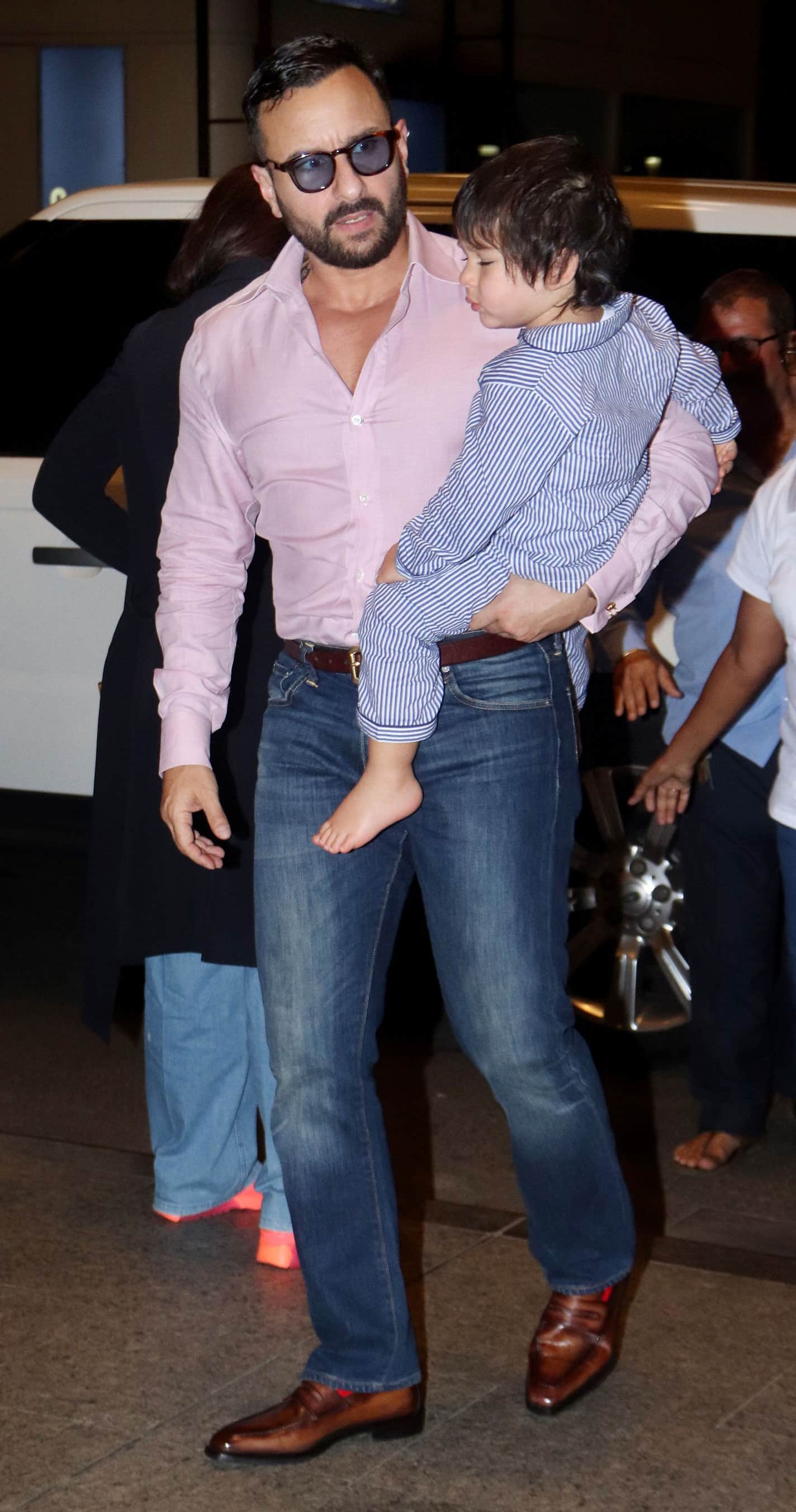 On the work front, Kareena is busy with 'Good News' starring Akshay Kumar, Diljit Dosanjh and Kiara Advani. Also, she will be seen in Irrfan Khan starrer 'Angrezi Medium', the shooting of which will reportedly take place in London in the coming days. The stunner also has Karan Johar's period drama 'Takht' in her kitty.

Saif meanwhile has a few interesting projects with him. He has 'Jawaani Jaaneman', Taanaji: The Unsung Warrior and Navdeep Singh's 'Laal Kaptaan'. He also has 'Sacred Games 2' web series which the fans are eagerly waiting for.