The spotlight follows Khushi Kapoor at a wedding in Bali - Pics 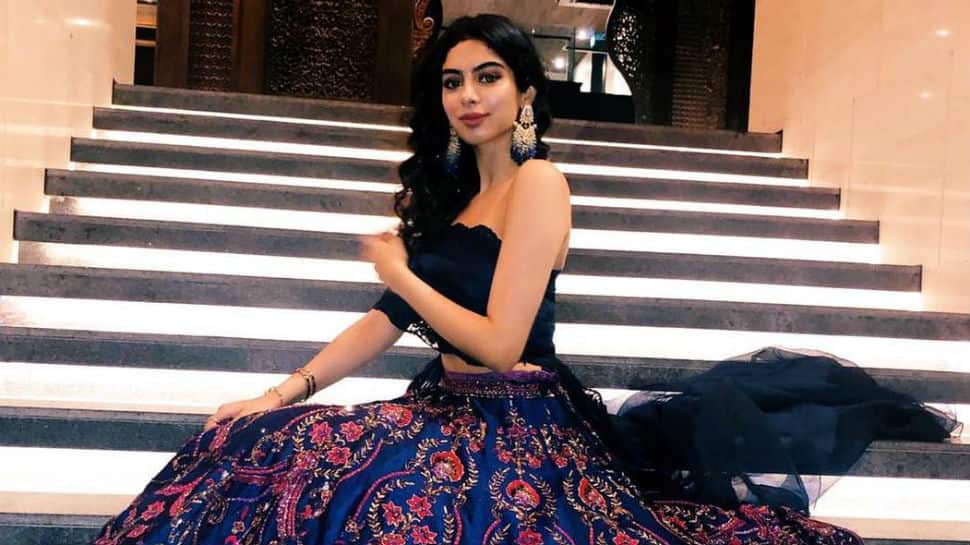 Actress Janhvi Kapoor's younger sister Khushi is a sight to behold in an ethereal royal blue lehenga at a family wedding in Bali. Pictures of Khushi are all over the internet and she looks simply stunning.

Celebrity stylist Tanya Ghavri also took to Instagram to share pictures of Khushi from the wedding ceremony. She opted for a one-shouldered royal blue crochet blouse with matching embellished lehenga adorned with pink floral motifs. She paired her ethnic outfit with a dupatta, stunning pair of earrings and bold eye make-up.

Here's how Khushi made the spotlight her.

What's the word? Gorgeous. Isn't it?

For another ceremony, Khushi slayed in a monochrome co-ords with statement earrings. The picture was shared by a fan club.

Janhvi, however, gave the ceremony a miss. She is busy with her work commitments in Mumbai.

Janhvi debuted as an actress in 2018 opposite Ishaan Khatter in 'Dhadak'. Her upcoming films are 'RoohiAfza' and Gunjan Saxena biopic. She also has 'Takht' in the pipeline, which stars actors like Ranveer Singh, Kareena Kapoor, Vicky Kaushal, Bhumi Pednekar and Anil Kapoor.

Janhvi and Khushi are Sridevi and Boney Kapoor's only two children. Sridevi died in February 2018 after accidentally drowning in her hotel bathtub in Mumbai.