Here's everything about the 'peechey dekho' kid Ahmed Shah 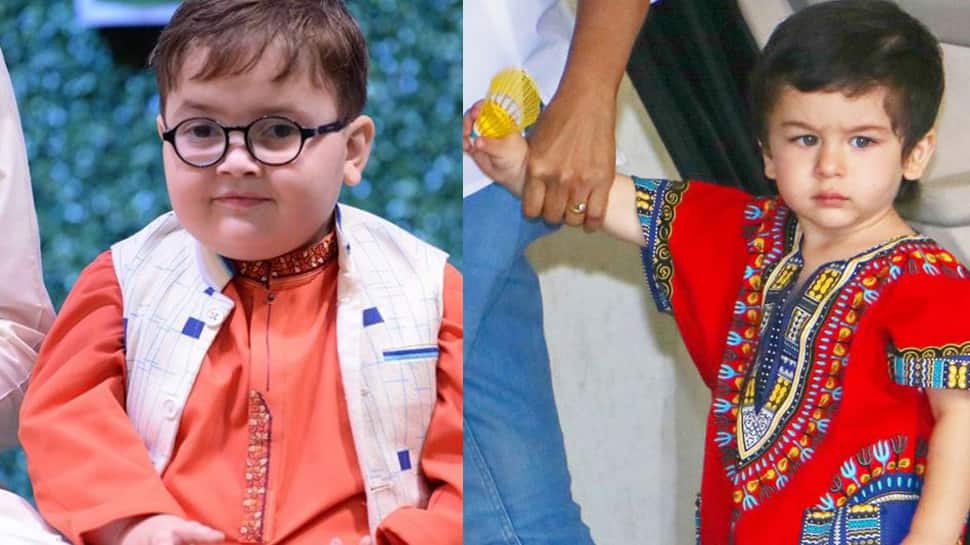 The internet has always had an obsession of sorts with utterly adorable babies. The first name that pops up is the star kid Taimur Ali Khan, who has shattered all the records of popularity on social media while the next in line is the ‘angry kid’ Ahmed in the sub-continent, who rose to overnight fame after his teacher leaked a video of him losing his mind over a school bag that was purposefully snatched to invite his wrath.

“Ye mera basta hai?” the chubby kid with signature round glasses can be heard scowling in the video that went viral. He frowns as his teacher refuses to return his bag while she continues shooting the video. His glorious display of anger at the tender age of four earned him the title the ‘angry kid’ across the globe.

Ahmed Shah, as his Instagram handle reveals, hails from Pakistan’s Dera Ismail Khan, a city in Khyber Pakhtunkhwa province. He is not only a huge sensation in Pakistan after the suave ‘chaiwala’, but his videos have also given the Indian users a break from obsessing over Taimur Ali Khan’s pictures.

‘Pakistan’s Taimur has arrived,’ the internet announced soon after his videos went viral. Following his rise on the Internet, Ahmed was also invited to a Pakistani show ‘Good Morning Pakistan’ which is hosted by Nida Yasir. The host was massively criticised on social media for instigating the 4-year-old to retaliate by snatching away his toys. He was, however, written off for his temperament by many but some found solace in his anger and he became a sensation overnight.

Soon after, another video of the kid spread like wildfire on social media that truly made him the star that he is now in Pakistan. “Peechey dekho, peechey toh dekho,” the child, dressed in a brown pathani suit, says in the minute-long snippet. The video not only made him an internet sensation but also earned him his first TV commercial for cooking oil with actress-host Nida Yasir. Post which, Ahmed also endorsed a dairy product.

The kid has a massive fan following on social media and there are a few handles that claim to be the real Ahmed Shah. However, his official account is being managed by his uncle, who keeps updating the account with his latest videos and pictures. At times, the kid doesn’t seem too keen to shoot a video but is cajoled to utter a few words in front of the camera by his uncle. On many occasions, a post asking for brand collaborations has also been put out on his Instagram handle.

The kid is now a frequent guest on several Pakistani TV shows. In one of the videos, Ahmed can be seen sharing screen space with popular actress Mahira Khan, who made her Bollywood debut in Shah Rukh Khan starrer 'Raees'.

Back in the country, the media frenzy around Saif Ali Khan and Kareena Kapoor Khan’s only son Taimur has slowed down a bit. Baby Tim, whose hellos and goodbyes had completely enticed the viewers, was heard telling the paparazzi to not take his pictures in one of the videos.

Taimur’s superstar parents on countless occasions had requested the media to stop obsessing over their son and allow him to lead a normal life but the attention never faded. Tim is often welcomed with blinding- flashlights when he sleepily accompanies his parents to the airport to catch a midnight flight.

The exteriors of his school are often clogged with a string of photographers, who post a minute-by-minute update of the baby Nawab on social media and a family outing is no less than a nightmare for the Khans as that’s when the paps try to click the three superstars with all their might.

The two supremely popular kids on social media have had a similar tryst with stardom. Both of them have been exposed to the limelight pretty much against their will. While Taimur bears the brunt of being born to superstar parents, Ahmed is a bait to all the middle-class dreams.

Not Shahid Kapoor but this actor was the first choice for 'Kabir Singh'?