There is definitely an obsession for fair skin, says Bhumi Pednekar

In the Ayushmann Khurrana starrer 'Bala', Bhumi will be seen as a girl with a dark complexion. 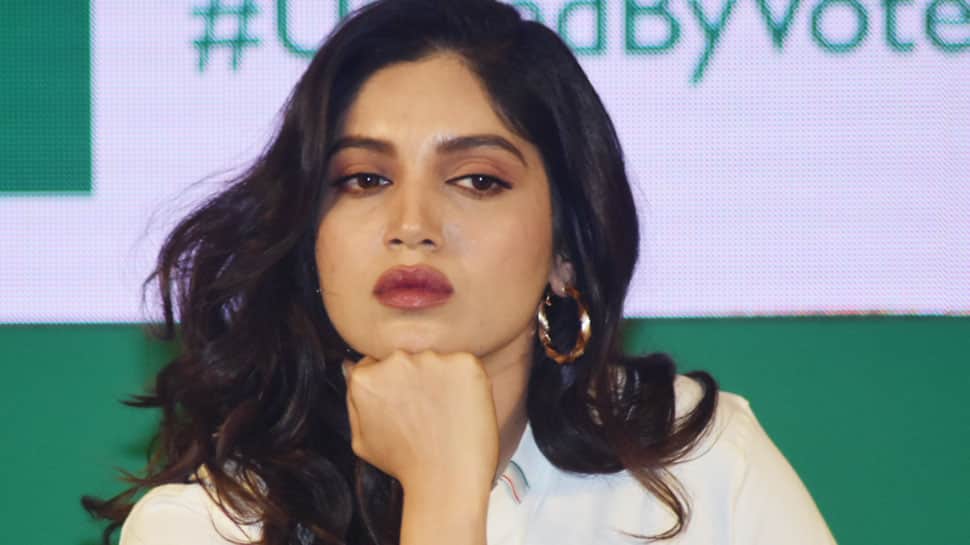 New Delhi: Talented B-Towner Bhumi Pednekar has made a niche spot for herself in the movie business in a short span of time. After starring in movies like 'Dum Laga Ke Haisha', 'Toilet: Ek Prem Katha ' and ' Shubh Mangal Saavdhan', the actress is gearing up for yet another entertainer 'Bala'.

In the Ayushmann Khurrana starrer 'Bala', Bhumi will be seen as a girl with a dark complexion. The actress says her choice of roles is directly linked towards raising a strong voice against societal prejudice and affecting social change.

“This is my way of promoting parity in society. I have always wanted my work to speak about societal parity right from my first film Dum Laga Ke Haisha in which I was playing this beautiful, confident, young overweight girl who was comfortable in her own skin. But she is only broken and for the first time, she is hurt that the man she loves doesn't love her because of the way she looks. But she is too strong to be affected by what he has to say and she brings about a change in him. And then I am doing something similar in Bala, where I am playing a dark-skinned girl. I am not a social activist, I am just somebody who cares, somebody who is aware. I am somebody who truly wants to make a difference,” Bhumi said.

Bhumi opens up about the obsession that is prevalent among people for fair skin and calls it total objectification of women.

The versatile actress said, “There is definitely an obsession for fair skin. Period. As an actor, I feel I have enough power that people will listen to us. I mean it’s the most far reached visual medium to people in our country and I want to do my best to fight prejudice through this medium. This is my service to my society. Even what I did in Saand Ki Aankh is exactly that - it is a very strong feminist comment. It speaks about equality, equal opportunities for both genders. Even in 'Toilet: Ek Prem Katha', I stood up for equality and the need for sanitation. But the idea is always to entertain your audiences while delivering a powerful social message.”