The 46-year-old says she grew up listening to classic hip-hop artistes such as Tupac Shakur, 50 Cent and Eminem but the mainstream Indian hip-hop scene never attracted her until she chanced upon a track by Divine and Naezy. 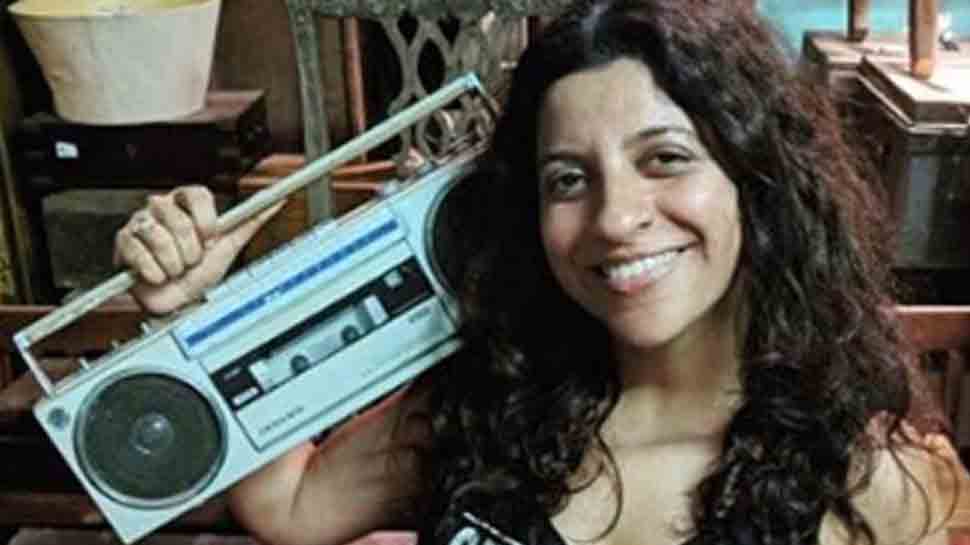 New Delhi: No voice in the mainstream represents the urban youth, says filmmaker Zoya Akhtar who has deflected criticism that she chooses to train her lens mostly on the privileged classes with her latest "Gully Boy" about street music and the angst of young.
The woman behind "Dil Dhadakne Do", which explored varied relationships of the rich and mighty on a cruise ship, and "Zindagi Na Milegi Dobara", about three friends on a road trip through Spain, has gone over to the other side with her "Gully Boy" that talks about Mumbai's hip hop scene.
The Ranveer Singh-Alia Bhatt starrer examines how street music becomes a way for struggling urban youth to project their anger in a system where the odds are stacked against them.
?Frankly, there is no voice in the mainstream that represents the urban youth and that's what attracted me to the story. Their rap is conscious of its space and it is conscious of where it exists. It is honest, truthful and personal. They are the artistes who speak about their socio-economic space, about the system and how it treats them," Zoya told PTI in an interview.
The 46-year-old says she grew up listening to classic hip-hop artistes such as Tupac Shakur, 50 Cent and Eminem but the mainstream Indian hip-hop scene never attracted her until she chanced upon a track by Divine and Naezy.
The story of the two rappers from the chawls of Kurla in Mumbai serves as the inspiration for "Gully Boy", played by Ranveer Singh.
Zoya says she realised she could use hip-hop to tell a larger story about urban youth and their frustrations.
"There are youngsters who are kind of frustrated because they are not even allowed to pursue their dreams... They have to figure out how they get by in their day-to-day life. There is a huge population that falls in this bracket and hip-hop resonates with them."
Zoya says she does not concern herself with how people bracket her as a filmmaker. As a filmmaker, she is drawn to conflicts.
?At the end of my life, I want to have a body of work that has everything. My next job is for Amazon and again it is about rich people, wedding planning. I want to do all kind of films. I don't want to be bracketed into one kind of cinema and if somebody does that, then it is on them," she said.
According to Zoya, if you are good at your job and resonate emotionally with people and there are conflicts that you can connect to, your work will find its audience. "Ultimately, we are all human beings and the rest is just the backdrop,? she said.
The story of an underprivileged artiste finding his path through hip-hop led to some comparisons with Eminem's ?8 Mile?, but Zoya dismisses speculation that her film has anything to do with the Hollywood movie.
"When ?Zindagi?' was coming out, everybody said that it is ?Hangover'. I got very upset at that time but then it released and everyone forgot about it. I understand the comparison with ?8 Mile' because that's their only reference point. Also, he comes from the underprivileged space and the rap battle, the tropes are similar. But there is no similarity.?
There was also a debate on social media about the change in the lyrics of "Azadi", which musician Dub Sharma created in 2016 after student leader Kanhaiya Kumar made the slogan popular during a protest in Delhi's Jawaharlal Nehru University.
The lyrics had words such as ?Aazadi... Manuvaad se', ?Aazadi Brahmanvaad se', but these lines are missing in the ?Gully Boy? track which has tweaked the original.
Zoya said they changed the lyrics to suit the context of the film and its character.
?My story is about class, about feeling oppressed by your class. It is about economic disparity, the divide between rich and poor. It represents the point of view of my character and his engagement with the society, his socio-economic space and his anger. My film is not about the caste system or JNU."
Freedom, she said, is a word that was used way before JNU and will continue to be used.
"It has been used for women's movement, for caste disparity, against the system and whatever the oppressed community feels strongly about... But it would have been fake on my part if I had just taken the original song and monetised it.?

I misspoke: Rebel Wilson on 'Isn't it Romantic' plus-size claims