The actress looks endearing in her latest Instagram pics that have her posing in a red poncho paired with jeans. 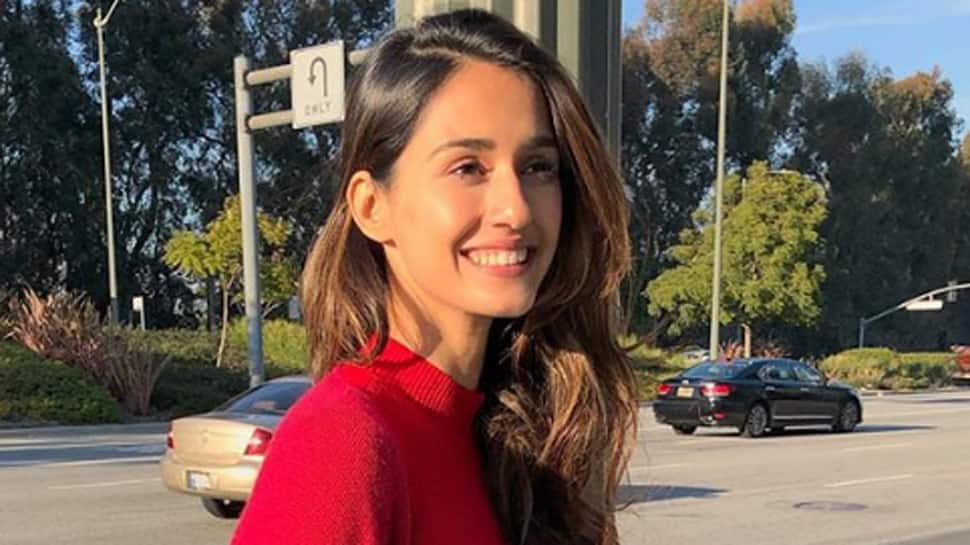 New Delhi: Bollywood actress Disha Patani is often in limelight because of her glamorous posts. She is an internet sensation and has a mammoth fan following. She keeps her fans updated by regularly sharing deets from her life on social media. The 'Baaghi' actress has a perfectly toned body and million dollar smile. Be it posing in a traditional outfit or raising the mercury in beachwear, Disha's pics go viral in no time.

The actress looks endearing in her latest Instagram pics that have her posing in a red poncho paired with jeans. And don't forget to take a look at the heart-shaped sling bag that she carries!

Speaking of Valentine's, the actress's personal life is also in the limelight as she is rumoured to be dating actor Tiger Shroff and is often spotted with him. The duo also ringed in the New Year together and shared pictures (though separately) from their vacation.

Even though the two remain silent about the relationship status, it is evident that they are more than 'just friends'. We wonder if we will get to see Disha and Tiger's pics together on Valentine's day!

On the work front, the leggy lass will next be seen in Ali Abbas Zafar's ambitious project 'Bharat'. The film is one of the biggest releases of this year and stars Salman Khan and Katrina Kaif in lead roles. It is slated to hit the screens on June 5 and is high on the buzzword ever since it was announced.

Sonam Kapoor Ahuja and Anand Ahuja are a match made in heaven in this pic!