The actress opened up about how she feels each time she has to leave Taimur at home for work. 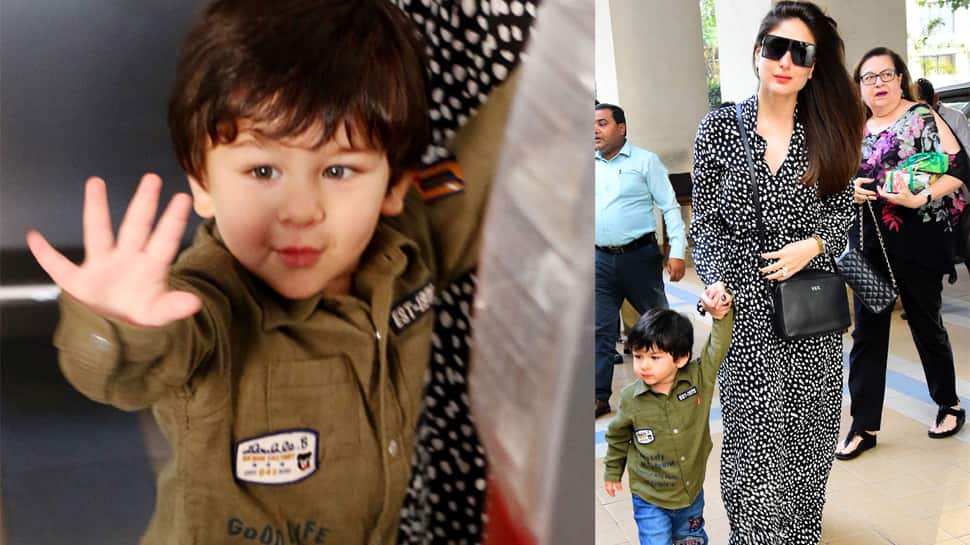 New Delhi: Bollywood actress Kareena Kapoor Khan is often spotted with her adorable little munchkin Taimur Ali Khan. Be it a stroll in the city or vacationing in Paris, we often see baby Tim's pics with his mommy. Kareena and Saif were blessed with Taimur on December 20, 2016. Since then, Taimur has been the internet's favourite baby and his pics and videos often go viral.

After having Taimur, Bebo was seen in Ekta Kapoor's 'Veere Di Wedding'. The film also starred Sonam K Ahuja, Swara Bhasker and Shikha Talsania and proved to be a super-hit! Kareena will next be seen in 'Good News' along with Akshay Kumar. She also has Karan Johar's 'Takht' in her kitty.

In an interview with Miss Malini, the actress opened up about how she feels each time she has to leave Taimur at home for work.

Kareena told Miss Malini, "I think the most important thing for a working mother is to believe in herself. Even when I leave in the morning, I am constantly worried about what Taimur would be doing at home. There is that looming guilt that is sometimes on your head.”

We are sure many working mothers who have to leave their kids at home relate to Kareena.

The actress also explained why is it important for a child to see his mother working. She said, “I think your child will grow up realising, respecting and understanding a woman so much more that when she goes out to work and comes back home, she is still happy. Even though she could be tired, but she is still happy because she is doing what she loves the most.”