This is what Rhea Chakraborty told paps outside gym when asked 'how is she doing'?

Rhea has been accused by Sushant’s family of abetting his suicide, and misappropriating the late actor's funds. He was found dead on June 14, 2020 at his Mumbai residence. CBI, NCB and ED are probing the death of the actor from different angles. 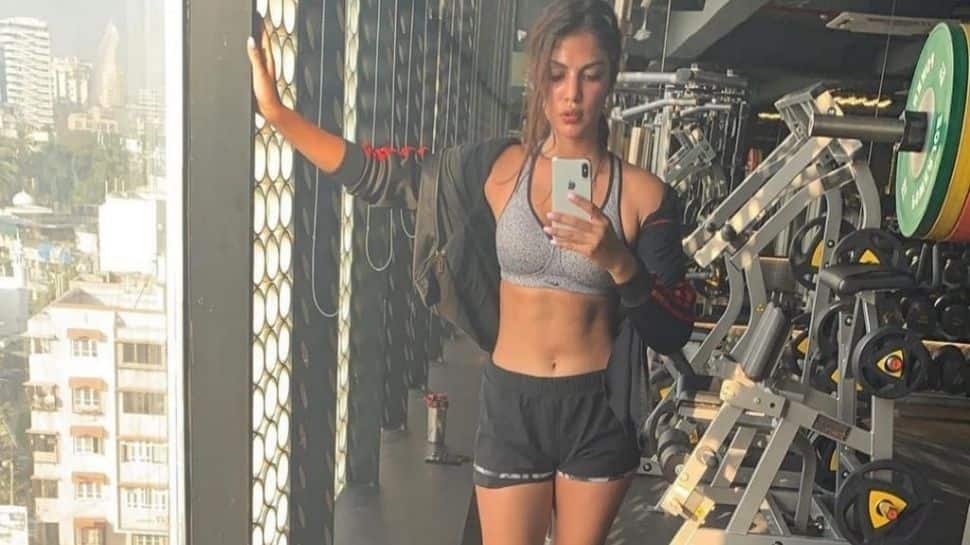 New Delhi: Actress Rhea Chakraborty was clicked outside her gym on Friday (February 5). The actress, who was embroiled in multiple controversies following the death of her boyfriend, actor Sushant Singh Rajput last year, has finally started getting spotted in public again.

When the paparazzi asked her how she is, the actress responded in Hindi, "I am getting better." A pap also shared a video of the actress exiting her gym and getting inside her car.

The video shows Rhea greeting the paps and saying, “Theek ho rahi hoon,” when asked about her well-being.

Rhea has been accused by Sushant’s family of abetting his suicide, and misappropriating the late actor's funds. He was found dead on June 14, 2020 at his Mumbai residence. Three central agencies, including the Central Bureau of Investigation (CBI), the Enforcement Directorate (ED) and the Narcotics Control Bureau (NCB) are probing the death of the actor from different angles.

Rhea was arrested by the NCB in a drugs probe related to Sushant’s death and she spent almost a month in jail before she was granted bail. Her brother, Showik Chakraborty and some staff members of late actor Sushant Singh Rajput were also arrested under various sections of the Narcotic Drugs and Psychotropic Substances (NDPS) Act.

On February 2, NCB arrested assistant director Rishikesh Pawar for allegedly supplying ganja and hashish to the late actor. So far, the central agency has arrested around 30 people in the drugs probe.