This pic of Anushka Sharma and Virat Kohli is a perfect start for Valentine week!

Virat took to Twitter and shared a cutesy click with his wife that will make you go green with envy. 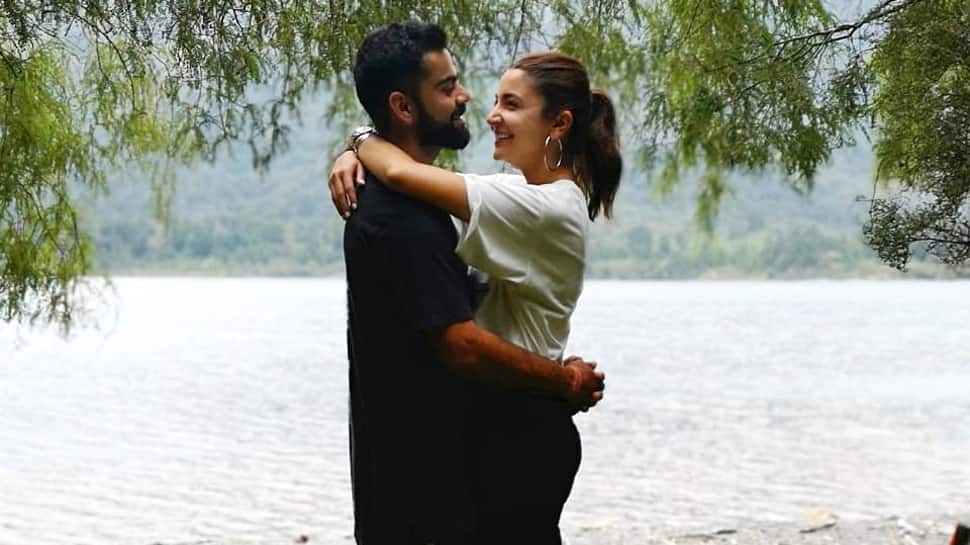 New Delhi: February, the month of love is here and soon we will be stepping into Valentine's week. It's that time of the year again when social media is full of endearing posts and couples are busy making plans for Valentine's day. Bollywood's 'It' couple Anushka Sharma and Virat Kohli often share pics that make us go gaga over the two.

On the very first day of February, Virat took to Twitter and shared a cutesy click with his wife that will make you go green with envy.

Don't they look straight out of the pages of a fairytale book?

On a related note, on December 11, 2017, Anushka tied the knot with Indian cricket team captain Virat and their weddings pictures and videos were all over the internet.

The couple had never really opened up about their relationship status prior to their wedding and when the two shared their wedding pics, people couldn't stop gushing over them. 'Virushka' looked like a match made in heaven at the wedding that took place at Tuscany, Italy. Only family and close friends were seen in attendance, followed by two lavish receptions in Delhi and Mumbai respectively.

People you work with contribute a lot to your career: Malavika Mohan