The mother-son duo was snapped on the streets of Paris and the picture has been breaking the internet! 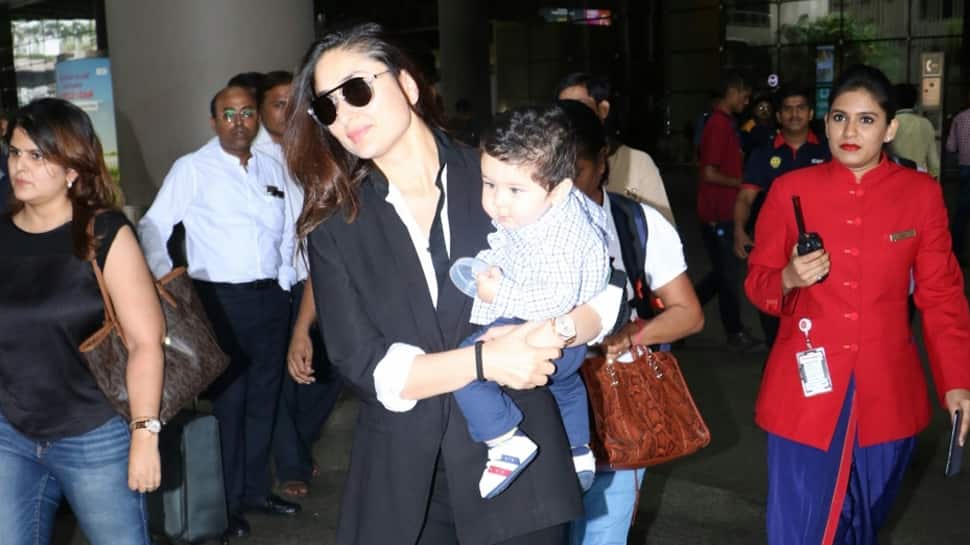 New Delhi: The beautiful Kareena Kapoor Khan is currently in Paris for a vacation with her family. The stunner of an actress isn't on any social media platform but her pics and videos still go viral in no time. In a recent viral picture, Kareena can be seen holding her adorable son, Taimur Ali Khan. The mother-son duo was snapped on the streets of Paris and the picture has been breaking the internet!

Saif and Kareena were blessed with Taimur on December 20, 2017. To ring in the Chote Nawab's second birthday, the Pataudi family went to South Africa this year. Pics from Saif, Kareena and Taimur's South Africa vacation too went viral on Instagram. In one of the pics, the royal baby was seen sitting on a pony while his mom and dad sat on different horses.

Taimur looked adorable as always in a blue tee as he entered the venue with his nanny while his mom was dressed in a casual white tee with flared pants.