This unseen pic of Priyanka Chopra and Nick Jonas from their Hindu wedding is beyond adorable! 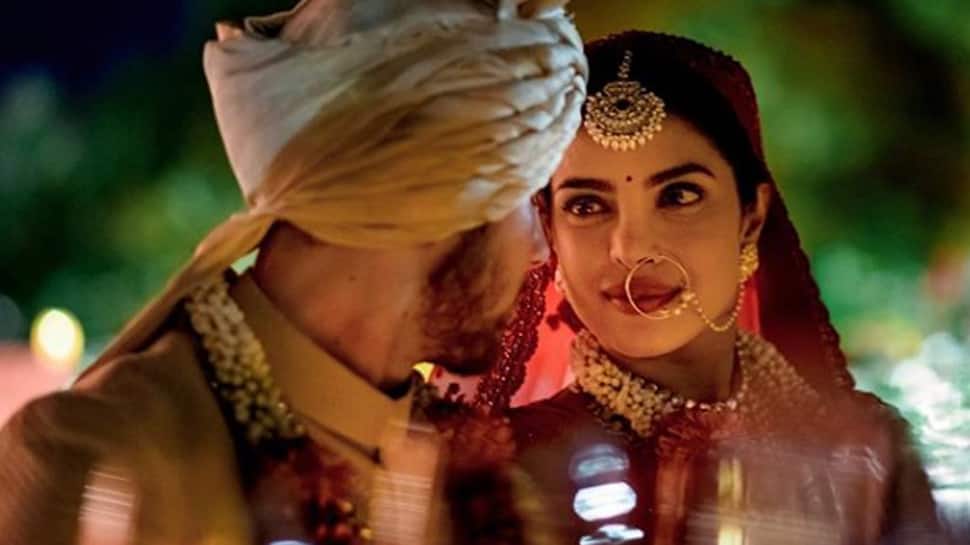 New Delhi: Bollywood's 'Desi Girl' Priyanka Chopra married international singing sensation Nick Jonas in December 2018. The actress's wedding was a grand affair and saw guests from both Hollywood and Bollywood. When the wedding pics were finally out, we couldn't help but go gaga over this dreamy couple.

If you thought you've seen all the pics from 'Nickyanka' wedding we have news! An unseen picture has surfaced on the internet which is from the star couple's Hindu wedding. In the pic, Priyanka looks at her beau with such fondness that it fills the heart with joy.

Check out the pic here, as shared by a fan club on Instagram:

Nick and Pee Cee got married in a dreamy wedding ceremony that took place at Umaid Bhavan Palace, Jodhpur. The couple had a Christain ceremony followed by a Hindu one and pictures and videos from both weddings left us all awestruck.

At the Christain wedding, Pee Cee's long train left everyone in awe. Nick, on the other hand looked dapper in a tux and even got emotional when he saw his beautiful bride walking down the aisle.

For the Hindu wedding, Priyanka wore a red lehenga and Nick wore a golden coloured sherwani.

Patralekhaa pens her 'love story' with Rajkummar Rao and it will warm the cockles of your heart!