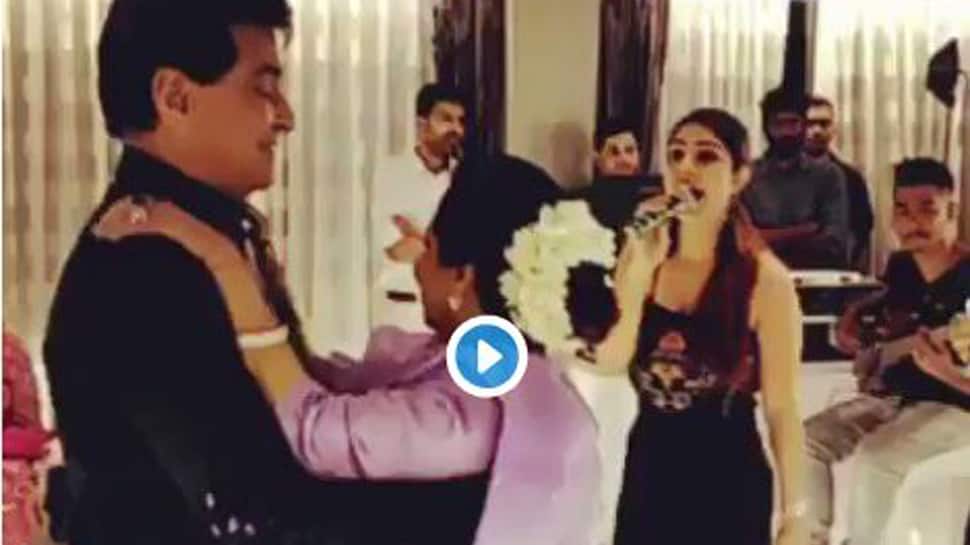 New Delhi: Veteran actor Jeetendra, who was regarded as one of the best dancers of his era, burnt the dance floor on his 77th birthday party held in Mumbai on April 6, 2019. The actor grooved to some of the popular songs 'Jawaani Jaaneman' and 'Saamne yeh kaun aaya", surrounded by family members and loved ones.

Ekta Kapoor shared a video from Jeetendra's birthday bash, in which he can be seen performing with his wife Shobha Kapoor on the live rendition of 'Jawaani jaaneman from the film Namak Halal. She wrote, "Happie bday!! JAI MATA DI.... parents r GODS ON EARTH ! May u live my years too ! Happie bday papa."

Ekta shared many pictures from his birthday party which was attended by TV actresses Mona Singh, Krystle D Souza, Anita Hassanandani, Mushtaq Sheikh  among others.

Jeetendra has starred in some of the popular films like Himmatwala, Geet Gaya Paththaro Ne, Farz, Parichay, Kinara and Khusboo.