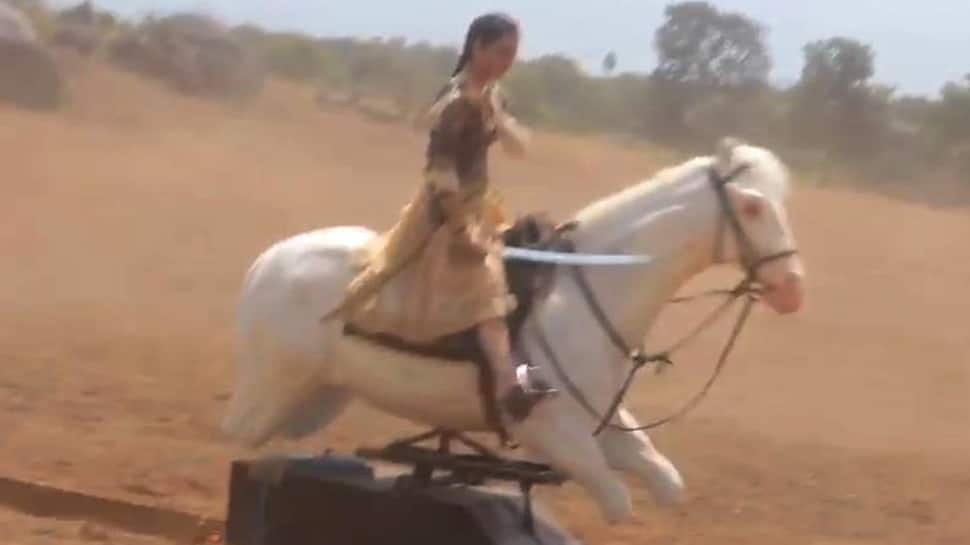 New Delhi: Bollywood actress Kangana Ranaut's ambitious project Manikarnika: The Queen of Jhansi has raked in over Rs 100 crore at the Box Office despite being neck deep in controversies ever since the film was announced. However, after almost a month after its release, a hilarious video from the sets of Manikarnika has surfaced on social media and the netizens don't seem to get enough of it.

In the video that has gone viral on Twitter, Kangana can be seen riding a horse. As camera starts rolling, someone from the background shouts ‘Roll, British, Force’ the other characters around her, dressed as the British army start sprinting on horses from both sides as Ranaut gets into her character of Rani Lakshmi Bai and fights them but all while riding an electric horse.

The video ends with her make-up man running towards her with an umbrella and re-doing her make up.

Kangana's first-period drama was produced by Zee Studios and it released in a massive 3000 screens in the country. It also released in 50 countries with 700 screen count worldwide. Therefore, the total screen count of 'Manikarnika' came to be a massive 3700. The movie released in three languages—Hindi, Tamil and Telugu respectively.

Hina Khan flaunts her 'komolika swag' in these pics