Nora's video with her friend will make you go ROFL and is too cute to miss! 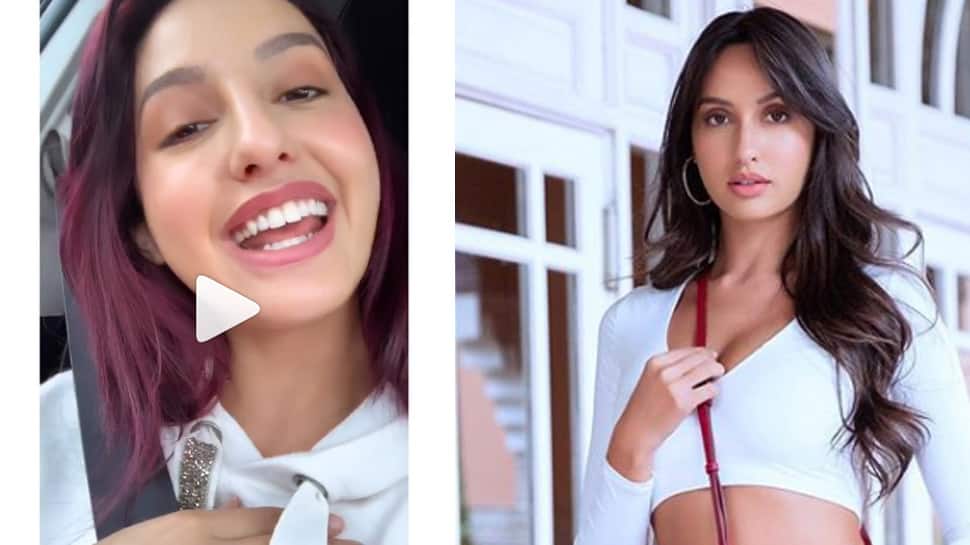 New Delhi: Actress Nora Fatehi, who shot to fame with her killer dance moves in the song 'Dilbar' is an internet sensation and has a massive fan following. With over 3.6 million followers on social media app Instagram, Nora's pics and videos often go viral. She knows how to keep her fans engaged by regularly sharing updates from her life.

Nora was seen flaunting her new hair colour in a video posted sometime back. The actress took to Instagram to share yet another video in which she can be seen goofing around with a friend. The video will make you go ROFL and is too cute to miss!

Now, ain't that us when we are out and about with a friend?

The caption is, “Why am i like this Tag a friend you love to annoy! @stevenroythomas”

The actress will next be seen in Ali Abbas Zafar's 'Bharat' which stars Salman Khan and Katrina Kaif in lead roles. The film has an ensemble star cast with Varun Dhawan, Disha Patani and Tabu, to name a few, playing important parts.

'Bharat' is one of the most awaited releases of this year and will hit the screens on June 5.

Kendall, Kylie Jenner excited to have handbag line in India