Urvashi is an active social media user and enjoys a huge fan following. She loves to share her pictures and videos with her fans. Her latest photoshoot is raising the summer heat among netizens.

New Delhi: 'Hate Story IV' actress Urvashi Rautela is a stunner. The model-turned-actress surely knows how to be at the top of her social media game and set the internet on fire with her bold and sultry pictures every now and then.

On the last day of June  2019, the bombshell raised the mercury once again when she shared a fresh picture in a white off-shoulder outfit with a deep back and teamed with perfect makeup, a pair of gold-pink dangling and her hair styled in soft curls. And oh, that killer expression! Her fans will find it hard to look away from her latest picture.

The actress looked mesmerizing in the picture, which she captioned, "w/ the vibes." The picture has so far been liked over 9.03 lakh times. 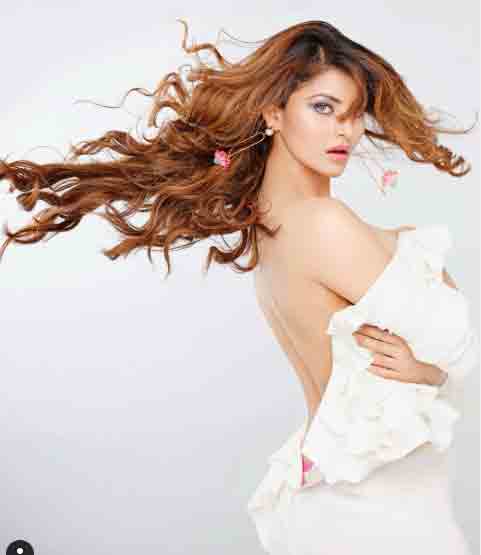 On the work front, Urvashi will next be seen in 'Pagalpanti' which stars John Abraham, Anil Kapoor, Arshad Warsi and Ileana D'Cruz to name a few. The film is set for a 2019 release. She was last seen in 'Hate Story 4' opposite Karan Wahi and Vivan Bhatena.

Miss Universe 2015, Urvashi has been in the news of late for accusing her ex-PR manager of maligning her image.