New Delhi: The tall and talented Vaani Kapoor was recently clicked at the airport and must we say that she rocked her look. The 'War' actress kept it casual this time and looked super comfortable in her grey sweatshirt and stonewashed black denim.

Vaani donned cat-eye black sunnies and with flat-ironed shining hair let open, she sure turned a few heads. The star also carried a black jacket along with her and wore cutesy sneakers giving her a total sporty vibe. 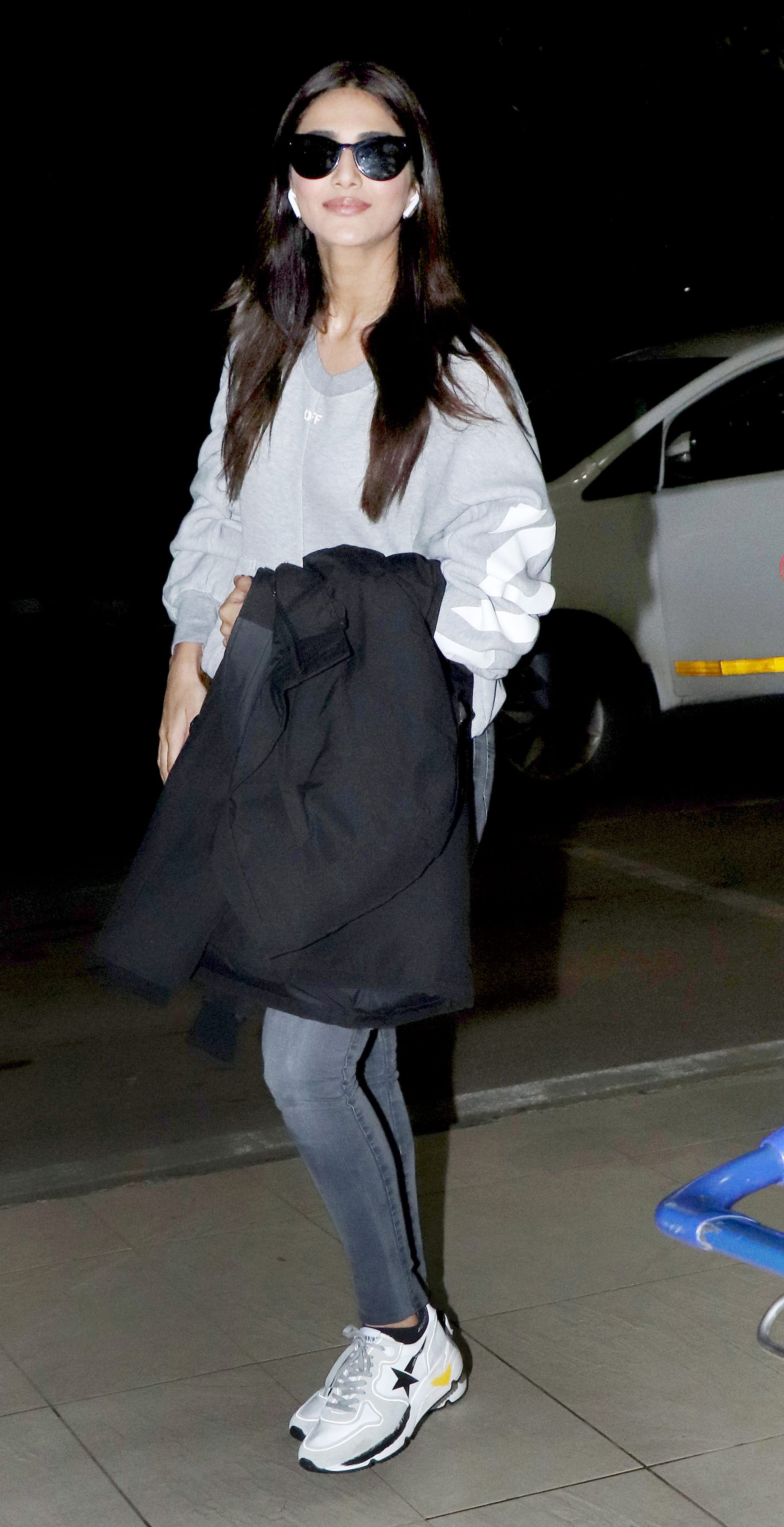 Well, on the work front, Vaani is gearing up for the release of her upcoming actioner starring Hrithik Roshan and Tiger Shroff. The high film titled 'War' is slated to hit the screens on October 2, 2019. It is helmed by Siddharth Anand and produced by Yash Raj honcho Aditya Chopra.

After the 'War' teaser unveiled, Vaani got rave reviews for her hourglass figure and washboard abs. She is a fitness freak and trained under celebrity fitness expert Yasmin Karachiwala's Body Image studio.

The actress also has 'Shamshera' in her kitty which co-stars Ranbir Kapoor and Sanjay Dutt. The film will be helmed by Karan Malhotra and bankrolled by Aditya Chopra. It is set in the 1800s and is reportedly a dacoit drama.