Vardhan Puri on traits he imbibed from 'Dadu' Amrish Puri

As Vardhan gets going with his career as a hero, he also ended up writing the screenplay of his debut film 'Yeh Saali Aashiqui' along with the film's director Cherag Ruparel. 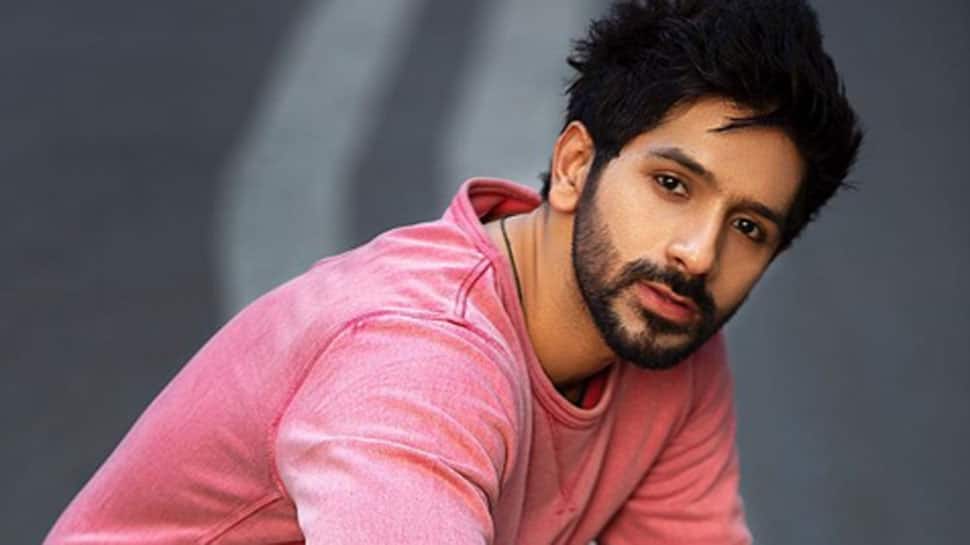 Mumbai: Amrish Puri's grandson Vardhan Puri is all set to make his Bollywood debut, not just as an actor but also as the screenplay writer of his first film. The newcomer sounds confident and excited about his debut film. "Yeh Saali Aashiqui".

"This is a musical romantic thriller. Apart from being fully entertaining, the film delivers a shocking message to the youth. My character Sahil Mehra is a hotel management student from north India. It is a highly nuanced and complex character. He has a crazy journey and there are so many shades to it. As my first film, it was exciting and at the same time challenging," Vardhan told IANS.

He started acting from the age of five with theatre and stage, and has also worked as an assistant director for Yash Raj Films on films such as 'Ishaqzaade', 'Shuddh Desi Romance' and 'Daawat-e-Ishq'.

As Vardhan gets going with his career as a hero, he also ended up writing the screenplay of his debut film 'Yeh Saali Aashiqui' along with the film's director Cherag Ruparel.

"I had started to develop a concept with Cherag. We first wrote it as a story and then the screenplay, which took 14 months. It is easy to write a story but writing a screenplay is complex."

Asked why he decided to make his debut with a thriller, Vardhan replied: "I was always excited about only one thing. I never wanted to plan my debut film, I just wanted to plan a film. When you start planning your debut, then you think you have to be presented correctly, This, I feel, tends to mess up the creativity. Instead of thinking about the genre, I focused on the story. It can be action, drama or horror, but the story should be great. It should connect with people."

He added, "I have been taught to think this way by my parents and grandparents."

Thinking about his grandfather Amrish Puri, the actor shared the advice which his 'dadu' used to give him.

"Dadu told me, always remember that the success rate in Hindi films is very less and you should prepare yourself for failure and learn how to deal with it. He'd say even after failure, a person can achieve success with sheer hard work and dedication. Dadu always reminded me that he had tasted success quite late in his career but he never gave up, similarly, I should never be demotivated if I don't get success from day one. He also told me to always be punctual, focus on my preparation as an actor and give my 100 per cent to my craft. Dadu kept on telling me, if you want to become an actor, remember, cinema is not a part of your life, cinema is your life."

Vardhan also revealed the personality traits he has imbibed from his 'dadu'. "I always give priority to hard work and preparation, which he used to do. Secondly, I try to be disciplined and punctual, which he always did. Apart from work, whatever time I get I spend it with family, just as dadu used to do. Thirdly, dadu had a habit of observing people, which is there even in me. Wherever I go, I observe people, their behaviour and body language, and try to learn from them. I read a lot and watch movies whenever I get time, which even dadu used to do," he said.

He added: "Dadu was a great person. I always try to be like him and follow the path shown by him with honesty and integrity."

Amrish Puri is remembered as an iconic villain. Which among his dadu's films are his favourites? "I loved Bade Raja Thakur in 'Viraasat'. Dadu played the role with honesty. I also I got emotional after watching it because while playing the role, dadu adopted quite a few personality traits of my great grandfather. The same can be said about Chaudhary Baldev Singh in 'Dilwale Dulhania Le Jayenge'. It's a powerful character. It is one of the best written characters he played. Apart from that, I can think of 'Gardish', 'Ghayal', 'Ghaatak', 'Meri Jung', 'Damini', 'Nayak', and 'Mr. India'," he said.

Liam Payne: Fame is like having a weird midlife crisis