Varun Dhawan and girlfriend Natasha Dalal go twinning in white and we are loving it! See pics

Varun has a packed calendar with 'Kalank' and 'ABCD 3' keeping him busy.

New Delhi: It took a 'Koffee With Karan' episode to get Varun Dhawan talking about his love life in public. Well, he was spotted with girlfriend Natasha Dalal on multiple occasions yet refrained from making any statement about his personal life or relationship status until he sipped some coffee on Karan Johar's show this season.

Last night, paps spotted Varun at Natasha's residence in Juhu and guess what? The lovebirds were stepping out for a date night possibly and they decided to go twinning in white. Isn't it awwdorable? 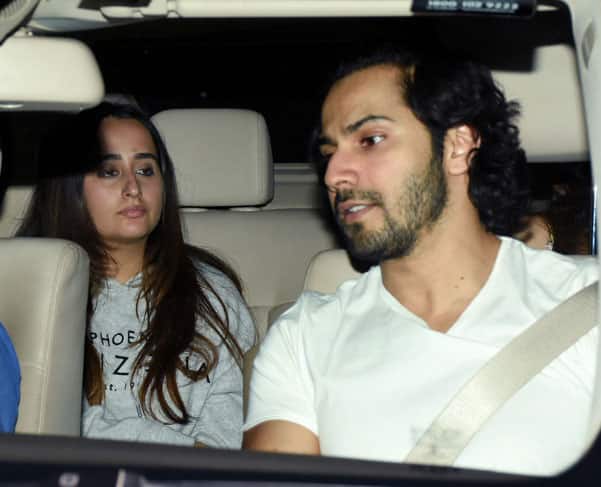 VD (that's what his fans call him) and Natasha left in the same car. By the way, Varun has been donning a new hair do these days with a cute man bun on top and we say way to go, boy!

The fitness freak actor on 'Koffee With Karan' season 6 confirmed about dating Natasha. Both Varun and Natasha have been papped a couple of times and are often seen making appearances together to big events and parties. However, the 'Judwaa 2' actor had always remained tight-lipped about his personal life.

On the work front, Varun has a packed calendar with 'Kalank' and 'ABCD 3' keeping him busy. Also, he has a cameo in Salman Khan's 'Bharat'.