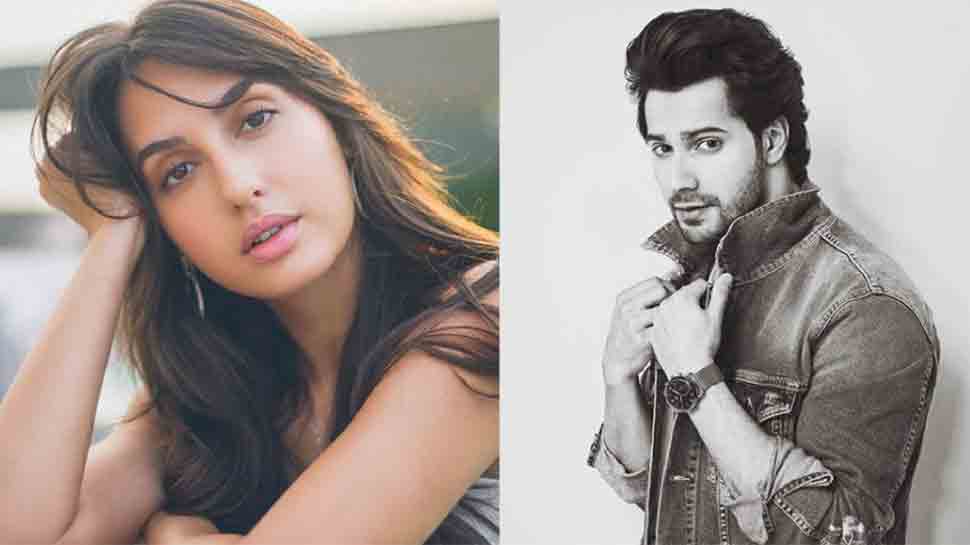 New Delhi; Actor Varun Dhawan has heaped praised on Nora Fatehi, who is all set to share screen space with him in the third installment of 'ABCD', to be directed by Remo D'Souza.

Varun took to Twitter and wrote, "She's one of the most hard working and driven human beings that I have ever meet. Welcome to the gang. Going to feed you cheese and dance with you. Hey Nora Fatehi we going to kick up a storm".

The film is tentatively titled 'Street Dancer' and will feature Nora playing the love interest of Varun. The film also stars Shraddha Kapoor. This will be the second time Varun and Shraddha will be seen sharing screen space after 2015 released 'ABCD 2'.

Confirming the same, Nora told DNA, "I'm very excited to be a part of this project. Remo sir is extremely talented and I look forward to learning a lot from him. I’m equally thrilled to work with Varun and Shraddha, the trio has done an amazing job in their last venture (ABCD 2) and I can’t wait to join the squad. This is going to be an epic experience."

The shooting of the film is reported to commence in Punjab from January 22, followed by a major chunk being shot in the United Kingdom. The movie is scheduled to hit the screens on November 8, 2019, and is produced by T-Series honcho Bhushan Kumar. It is touted as the biggest dance film ever in 3D. The other details related to the film are still under wraps.

Nora, who hogged all the headlines in 2018 as two of her dance numbers — 'Dilbar' and 'Kamariya' became the top chartbusters of the year. Besides, 'Dilbar' from 'Satyamev Jayate', Nora also grooved impressively in 'Kamariya' from 'Stree' which was a big hit of 2018.