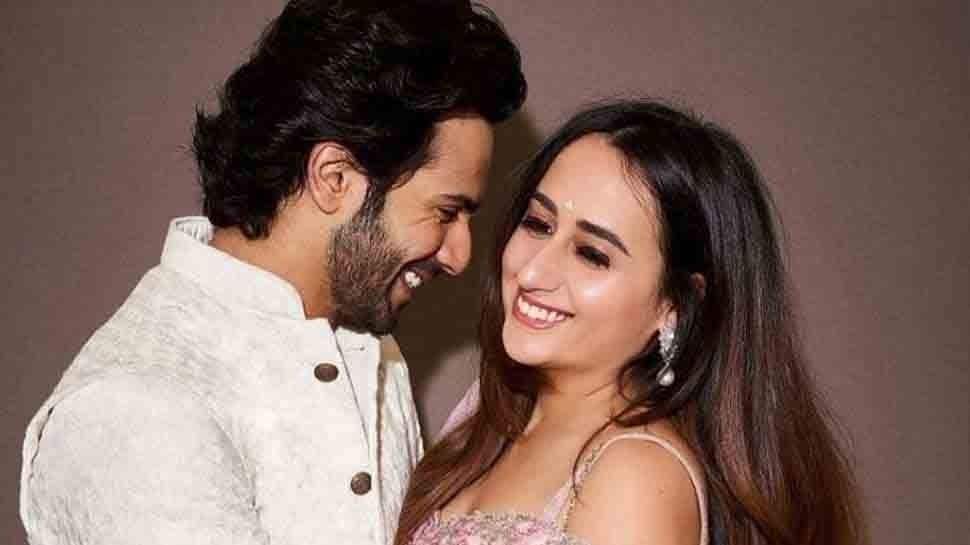 New Delhi: Bollywood actor Varun Dhawan and his wife Natasha Dalal recently donated Rs 1 lakh to victims affected by the fire that broke out at Tirap District in Arunachal Pradesh. The actor is currently shooting for his upcoming film 'Bhediya',

According to reports, the fire charred over 100 thatched homes and led to two deaths including one child. Taking cognizance of the incident, Varun and Natasha came forward with Rs 1 Lakh to provide relief to the affected families.

A Twitter account named Dipro Ziro uploaded a series of pictures of the duo posing with a hamper at a small event to thank them for the donation.

The Department of Information and Public Relations account wrote in the Twitter post, "#VarunDhawan and #NatashaDalal donated Rs. One lakh as relief assistance to the fire victims of #Longliang at Lazu Circle at Tirap District, Arunachal Pradesh. Varun has been camping in #Ziro since Feb, shooting for his upcoming movie #Bhediya".

#VarunDhawan and #NatashaDalal donated https://t.co/jqARXdxHiQ lakh as relief assistance to the fire victims of #Longliang at Lazu Circle at Tirap District, Arunachal Pradesh.
Varun has been camping in #Ziro since Feb, shooting for his upcoming movie #Bhediya pic.twitter.com/gFj1ikaS4h

Varun Dhawan has been in the scenic state of Arunachal Pradesh for the shooting of his upcoming supernatural film 'Bhediya'.

A while back, the actor was joined by his wife Natasha Dalal after which they were seen on a romantic boat ride as seen on Varun's Instagram.

The cute couple had tied the knot in Alibaug on 24 January at a private ceremony attended by close friends and family.