The couple is back in the bay after celebrating the New Year together. 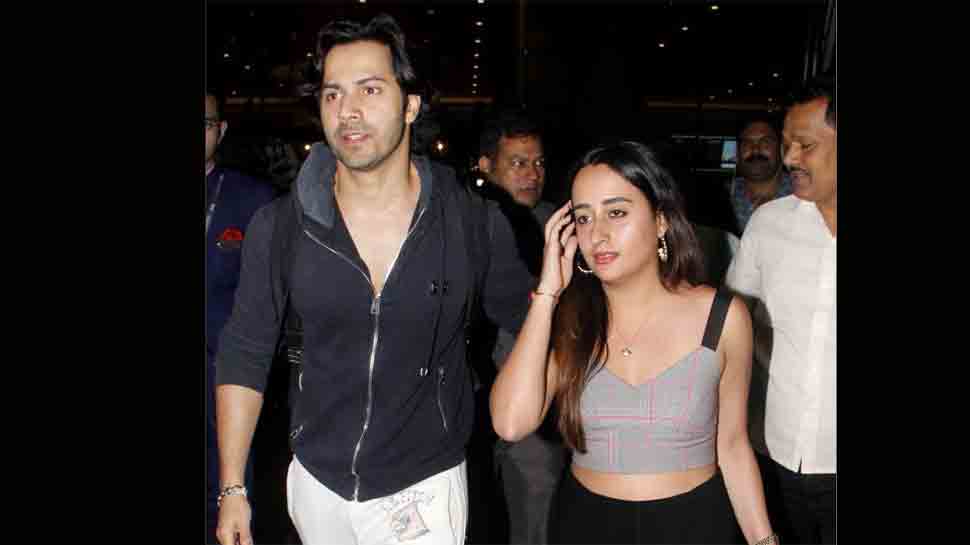 New Delhi: Actor Varun Dhawan and his girlfriend Natasha Dalal, who celebrated the New Year's eve together in New York, have returned to Mumbai. An adorable couple that they are, Varun and Natasha were captured by the shutterbugs at the Mumbai airport on Wednesday evening.

While Varun was seen in a black sweatshirt with white pants and sneakers, Natasha looked lovely in grey crop top and completed her look with a Louis Vuitton handbag.

Varun and Natasha, who is a fashion designer by profession, have been in the limelight for quite some time, especially since the 'Judwaa 2' actor confessed to dating her during celebrity chat show 'Koffee With Karan 6'. The duo is often been spotted together and we assume that they both love travelling together.

In November 2018, they were clicked arriving hand-in-hand at Mumbai airport, as they had returned from an undisclosed location. Before that, in August 2018, the duo had jetted off to London spend a relaxing holiday in each other's company. If rumours are to be believed, Varun and Natasha are all set to get married in November, 2019.

On the work front, Varun will be next seen in Abhishek Verman's period drama 'Kalank'. The movie is being produced by Karan Johar's Dharma Productions and also stars Alia Bhatt, Sonakshi Sinha, Madhuri Dixit and Sanjay Dutt in the lead role. The film is slated to hit the theatres in April.

Deepika Padukone shares what she wants from 2019