Varun can be seen showing off his chiselled abs, whereas Nora shows off her well-toned body. 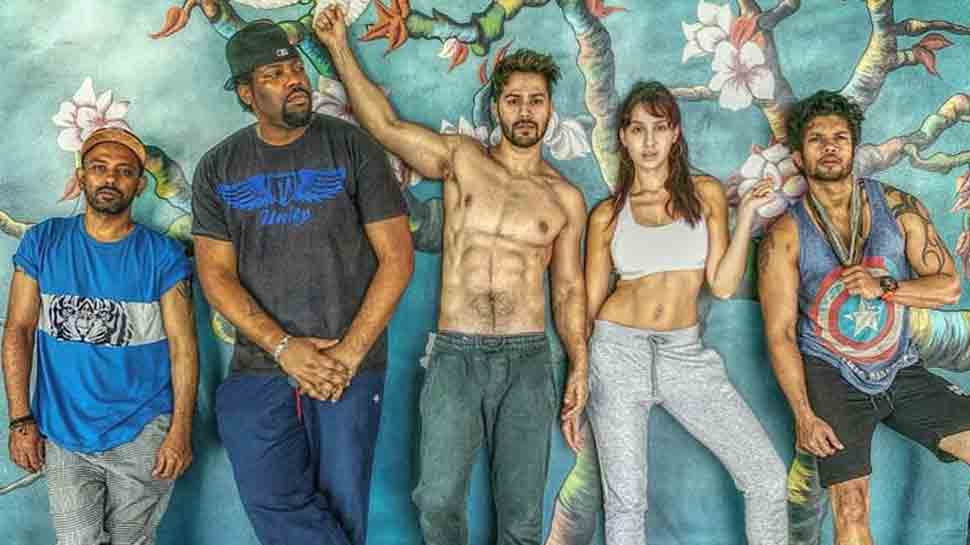 Mumbai: Bollywood actor Varun Dhawan continues to keep alive interest of fans in his upcoming 'Street Dancer 3D' by sharing stills and behind-the-scenes pictures from the sets of the film.

On Wednesday, the actor shared a picture featuring him with Nora Fatehi and other members from the upcoming movie.

Varun can be seen showing off his chiselled abs, whereas Nora shows off her well-toned body. The 'Kalank' actor is seen wearing in a pair of pyjamas and white sneakers, while Nora is seen sporting a casual look in a white sports bralette and a pair of grey bottoms.

Earlier, Varun also shared a picture with Shraddha, announcing the wrap up of the film's Dubai schedule. He captioned it saying, "Last day of the Dubai schedule with an amazing team @shraddhakapoor @norafatehi @prabhudheva @remodsouza #STREETDANCER3D 24 th jan 2020."

The film also stars Shraddha Kapoor in the lead. This is Varun and Shraddha's second film together after 2015's hit film 'ABCD 2'.

Reportedly, Katrina Kaif was to play the leading lady in the film. In fact, Varun and Katrina also appeared together on the popular chat show 'Koffee With Karan' to promote their dance drama. However, Katrina had to back out of the project because she was busy shooting for 'Bharat'.

Varun will next be seen in the remake of 'Coolie No 1', while Shraddha has two films in her kitty-- 'Saaho' and 'Chhicchore'.

I'm a realist, focused on my work: Meezaan