Actress Vidya Balan, who will soon bring the story of mathematics genius Shakuntala Devi alive on the big screen, feels the late Shakuntala was an "extraordinary woman" who gave the world many reasons to be awestruck. 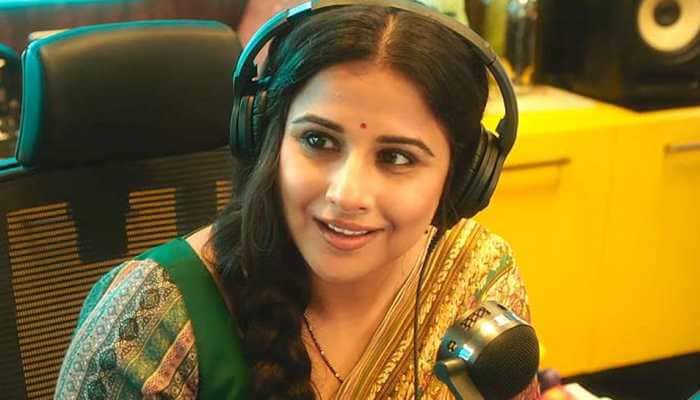 Mumbai:  Actress Vidya Balan, who will soon bring the story of mathematics genius Shakuntala Devi alive on the big screen, feels the late Shakuntala was an "extraordinary woman" who gave the world many reasons to be awestruck.

Vidya paid a tribute to the genius on her 90th birth anniversary by sharing a picture of the mathematician on Instagram.

"Charismatic, witty and exceptionally brilliant, she gave the world more reasons than one to be in awe with her! Remembering the extraordinary woman, #ShakuntalaDevi, on her 90th birth anniversary," the actress wrote on Monday along with the picture.

Last month, Vidya shared the first look of her character of Shakuntala Devi, who was widely referred to as "Human Computer" for her ability to solve complicated mathematical problems verbally within seconds.

In the first-look poster, Vidya is seen striking a pose in a bright red sari with a floral border, short-cropped hair and a round bindi, to resemble Shakuntala Devi

"Excitement is multiplying each day! Time to dig into the 'root' of the mathematical genius, 'Shakuntala Devi'. Filming Begins. She was extraordinary, in every sense of the word! Know the story of the child prodigy and the human-computer, 'Shakuntala Devi'," she had posted with the image.

Set for a summer 2020 release, the film is to be directed by Anu Menon of "London, Paris, New York" and "Four More Shots Please!" fame.

Shakuntala's genius was first discovered at the age of five, when she solved a math problem meant for 18-year-old students. Although she never received formal education, her talent for numbers earned her a place in the 1982 edition of the "Guinness Book Of World Records".

Apart from her love for mathematics, she was an astrologer, cookbook author and a novelist. She travelled the world demonstrating her mathematical prowess at colleges, in theatres, on radio and on television. She also penned the book, "The World Of Homosexuals".

The film on her life is written by Menon along with Nayanika Mahtani, and the dialogues have been penned by Ishita Moitra.

Kunal Kapoor: 'Don' was an incredible film to be in