The song is soon to be released with a video where Ranu will be seen with Devi Durga. 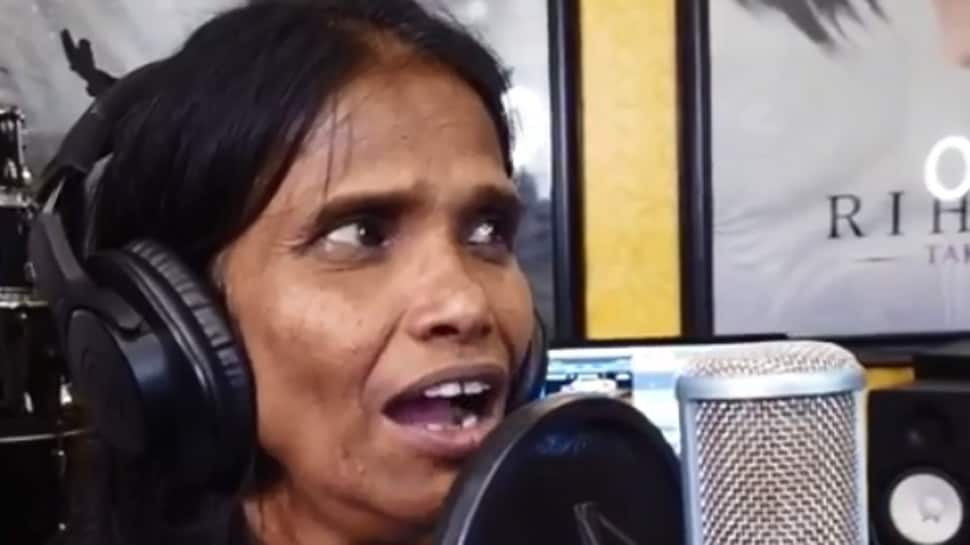 New Delhi: Internet sensation Ranu Mondal is today a known face in the country—all thanks to her viral singing video which flooded the social media for days. After taking everyone by surprise with her rendition of the iconic Lata Mangeshkar song 'Ek Pyaar ka Nagma hai' which she sang at Ranaghat railway station, Kolkata, she was flooded with offers.

Ranu recorded her first non-filmy song in Kolkata for the Durga Puja celebrations. Singer-composer Bijoy Sil, impressed with her crooning skills recorded a song with her which is based on Maa Durga. The devotional song is for Kolkata Amra Sabai Club in Kolkata.

Reportedly, she had first recorded a part of the song long back and now has come back to the city to complete it. "I like the song and wish everybody likes it and realise the meaning of Durga puja festival," says Ranu.

The viral sensation admits that her first brush with singing happened in Kolkata. She made her debut as a singer with the young composer Vijaysurodip Sil.

“Durga Puja is basically an exhibition of art and culture. Unlike many other Pujas, we see it as a platform for artists who are struggling to unfold their god gifted power of creativity. So we thought to bring Ranu and Bijoy together so that something unique is produced”, he added.

The song is written by Pritam De. Composer and co-singer Vijay says, " Pritam De whose brainchild is this song calls it Uma Sangeet mainly because it is based on the theme of Durga Maa."

When asked about directing Ranu Mondal who is now a celebrity. Vijay said, "I have seen Ranudi before and after her Bollywood venture. She remains as simple as before. She is always good at music. I am singing with her and Amatra a 5-year-old little girl is also singing. I know Ranu Di enjoys the participation of her co-singers."

The song is soon to be released with a video where Ranu will be seen with Devi Durga.

This is the first time that Ranu will be seen on-screen in any song and this also marks her maiden Durga Puja video.