Was always intrigued by caste divide in India: Ayushmann Khurrana

Actor Ayushmann Khurrana believes his golden run at the box office, including back-to-back hits "Andhadhun" and "Badhaai Ho", instilled the confidence in him to take up a hard-hitting project like "Article 15". 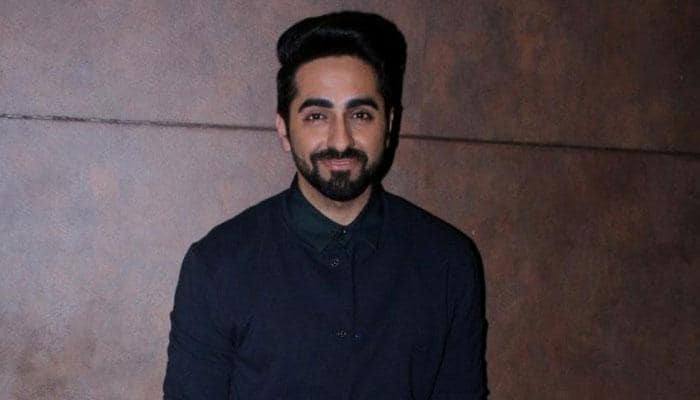 Mumbai: Actor Ayushmann Khurrana believes his golden run at the box office, including back-to-back hits "Andhadhun" and "Badhaai Ho", instilled the confidence in him to take up a hard-hitting project like "Article 15".

The film, directed by Anubhav Sinha of "Mulk" fame, touches upon the sensitive topic of casteism.

Khurrana said he always wanted to be a part of gritty and socially-relevant films like "Article 15".

"Last two years were very fortunate for me as my films clocked great numbers at the box office and it only gave courage to me to do a film like 'Article 15'. It was a part of my bucket list to do a film like this because I always wanted to do something on a social issue," he told PTI in an interview.

The film offers a realistic take on Article 15 of the Indian Constitution, which prohibits discrimination on grounds of religion, race, caste, sex or place of birth.

Khurrana believes the presence of mainstream actors like him in such films helps the cause as it will help them connect with a wider audience.

"If you have a mainstream actor attached to a subject like this, it reaches out to a wider audience. We want to reach out to people who believe in caste discrimination and if we are able to change the mindset of one person that will be the true victory for us," he said.

The actor was set to collaborate with Sinha for a romantic film but destiny brought them together for "Article 15". Khurrana said he became a fan of the director after watching his 2018 courtroom drama "Mulk".

"I became a fanboy of Anubhav Sinha, I feel he discovered his true voice as a director after 'Mulk'. When I met him he had offered me a rom-com but I told him I am looking for a hard-hitting subject, something like 'Mulk'.

"He narrated a couple of concepts to me and 'Article 15' was one of them. Later he worked on the draft, which we both loved and we happened to be on the same page."

While "Article 15" may be Khurrana's first film based around a social issue, the actor has been a part socially-relevant stories during his theatre days.

"We have made street plays on social issues and caste discrimination was one of them. Apart from that, I have been supporting an NGO in Delhi. I did all this before 'Article 15' came into the picture.

"As a person, I was always intrigued by the caste divide in the country. In rural areas the caste divide is very rampant, there are honour killings because of inter-caste alliances. We have depicted the situation as real as it could be in our film."

The actor lamented the huge class divide prevalent in every part of the society.

"We have separate utensils for our domestic help, we do not share a meal with them or any of our staff. It is all deep rooted. It will take time to get rid of all this. We need to look within and then the conversation will be started."

Khurrana plays a police officer investigating the rape and murder of a woman, who belongs to a minority class, in rural Uttar Pradesh.

The actor said he was confident he would be able to pull off a tough role like this.

"When I was doing theatre in Chandigarh, I always played negative and aggressive characters, something that nobody could imagine me in. I did imagine myself to play a cop but maybe people did not.

"Anubhav Sinha sir also never expected me in the role of a tough cop. And that was the challenge. More than the character, it was the subject that intrigued me."

To prepare for the role, Khurrana said he read author Om Prakash Valmiki's book "Joothan", in which the author describes his life as a Dalit.

"I read the book called 'Joothan', it is about the kind of prejudices he faced in his life. It made me really depressed that I could not sleep while shooting for this film. But it did help me build the character.

"Also, I met real-life cops including senior IPS officers in Delhi and some cops in UP, I observed the way the proceedings go on at a police station."

Khurrana said he watched the documentary, "India Untouched: Stories of a People Apart", which he says, was an eye-opener for him.

Responding to reports some Brahmins in UP are upset over the negative portrayal of the community in the film, Khurrana said such accusations against the film were untrue.

"They have to realise that what they are doing is redundant and a waste of time and energy, they need to see the film and then realise what is right and wrong. And in fact, 'Article 15' has already been certified by the CBFC, which is known to be strict with sensitive content," he added.