The priceless memory was shared by actor-producer Viveck Vaswani, who has co-starred with Shah Rukh Khan in many films. 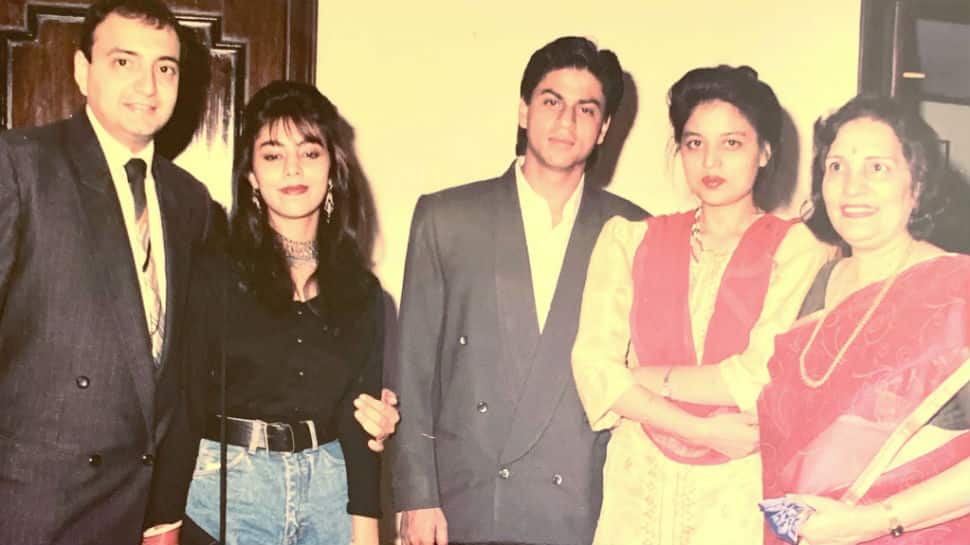 New Delhi: The internet has just chanced upon a very old picture of superstar Shah Rukh Khan and wife Gauri Khan and all we can say is wow. The priceless memory was shared by actor-producer Viveck Vaswani on his unverified Twitter account. In no time, the picture took over social media and was shared by many of SRK's fan clubs.

It features Shah Rukh Khan all suited-booted with Gauri by his side. She looks lovely in a black top and denim. It appears that the photo was taken just after their wedding in 1991 as Gauri is seen wearing red bridal chooda (bangles). On the other side of SRK stands his sister Lalarukh Khan.

"Much before Bollywood, before terms like Bollywood wives were coined, home was Dalamal Park and mom was mom! There was warmth and unconditional acceptance! Here is Mom with Shah Rukh, Gauri, Lalarukh and moi," read the caption for Viveck Vaswani's post.

Much before Bollywood, before terms like Bollywood wives were coined, home was DalamalPark and mom was mom! There was warmth and unconditional acceptance! Here is Mom with Shahrukh, Gauri, Lalarukh and moi! #roots #friendship #mom pic.twitter.com/qQqyNrT71X

Shah Rukh Khan and Viveck Vaswani share a very old bond. It was Vivek who co-produced SRK's 'Raju Ban Gaya Gentleman' and the duo has also co-starred in numerous films.

Meanwhile, on the work front, Shah Rukh Khan will be next seen in 'Pathan'.