What Mithun Chakraborty’s son Namashi, the new star kid on the block, says about growing up with the negativity against his father

Ahead of taking the big step in the film industry, Namashi Chakraborty opened up about his life so far and how his father’s stardom sometimes affected the family in a negative way. 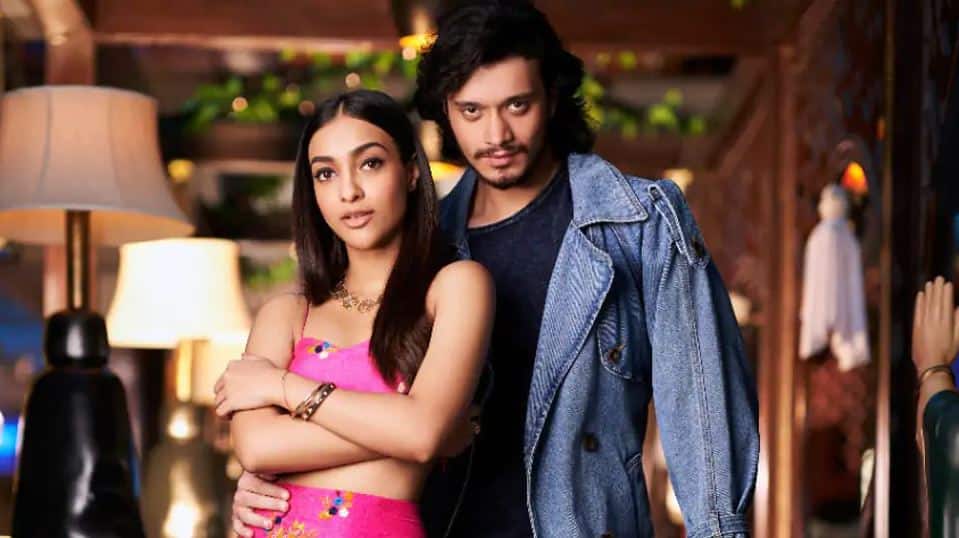 New Delhi: Veteran actor Mithun Chakraborty’s son Namashi Chakraborty will soon make his Bollywood debut with Rajkumar Santoshi's ‘Bad Boy’. He is the next star kid on the block and his debut his highly anticipated. Ahead of taking the big step in the film industry, Namashi opened up about his life so far in an exclusive interview with BollywoodLife and how his father’s stardom sometimes affected the family in a negative way.

Mithun Chakraborty was a big star of the 90s. He was the hero of the masses. His fans used to throng the cinema halls to watch him. Several of his films were made on measly budgets, and shot entirely in his adopted land of Ooty. The projects turned out to be bug hits. However, a section of the media and industry kept deriding his efforts.

When BollywoodLife quizzed Namashi Chakraborty on how his dad dealt with such uncalled for negativity and the lessons he's taken from him, the youngster revealed, "When you're not from the film industry, like my father (he was from a very humble family, my grandfather was a very simple man), so he didn't have enough of connections to tell the media to write good about him. Neither did he mingle much in film circles. Whatever he has become today is through his hard work."

Elaborating on how the media chose whom to favour and whom not to, Namashi added, "I don't want to badmouth anyone in our industry, but the media is also very selective in whom they want to promote or not. So, the media favours some people a lot, and my father never buttered people for his benefit. He did good or bad films like every other actor. But the impression my father has left, being an outsider, a lower middle-class boy, having worked in 360 films, acted for 40 years - I feel what harm can a few negative articles do."

Namashi is Mithun’s younger son. His elder son Mimoh too is an actor. Namashi stars opposite Amrin Qureshi in ‘Bad Boy', a romantic comedy by Rajkumar Santoshi. The shooting of the film is stalled due to the pandemic.

Superstar Salman Khan unveiled the first look poster of ‘Bad Boy' a few days ago. The film is likely to hit the screens during Diwali this year.