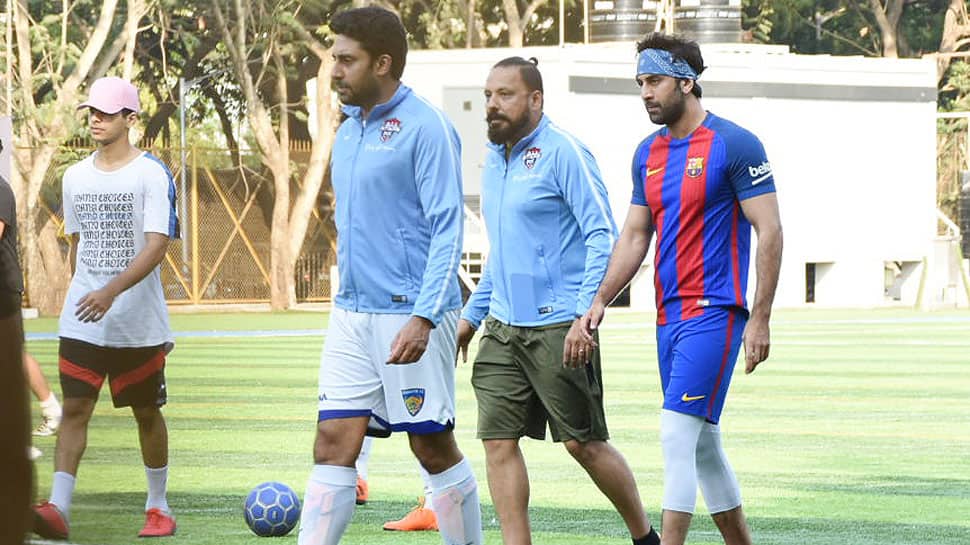 Mumbai: Actors Abhishek Bachchan and Ranbir Kapoor engaged in some 'bromance' here after a football match.

Several photographs of the two actors bonding has been doing rounds on the social media. In one image, Abhishek is seen giving Ranbir a piggyback ride following the match here on Sunday.

The "Rockstar" actor is seen in an orange and maroon jersey, while Abhishek wore a blue one. In other images, the two can be seen with Karan Deol, son of actor-turned-politician Sunny Deol.

Several Bollywood stars including Ishaan Khatter, Ahan Shetty, Arjun Kapoor and Aditya Roy Kapur -- apart from Ranbir and Abhishek -- have formed a Bollywood all-stars club where they meet for a match of football.

On the acting front, Ranbir will soon be seen in "Brahmastra", a fantasy adventure, which also stars his girlfriend Alia Bhatt and megastar Amitabh Bachchan.