The pictures were posted by Sushant on his Facebook page in 2015 when he visited Dhoni while prepping for his biopic titled 'MS Dhoni: The Untold Story'. 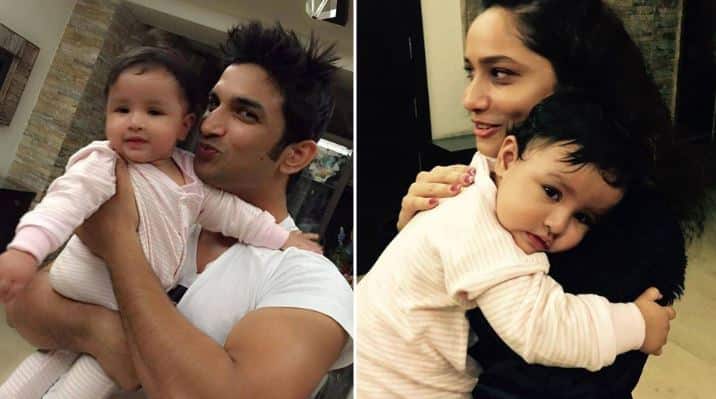 New Delhi: We recently chanced upon a couple of pictures of late actor Sushant Singh Rajput and his ex-girlfriend Ankita Lokhande with cricketer MS Dhoni's daughter Ziva. The pictures were posted by Sushant on his Facebook page in 2015 when he visited Dhoni while prepping for his biopic titled 'MS Dhoni: The Untold Story'. The film was headlined by Sushant and was one of his biggest hits.

In one of the pictures, Ziva, who was then a few months old, can be seen cutely posing with  Sushant and in the other, she is cradled in Ankita's arms.

"Me with the baby - Ziva," Sushant had captioned his picture while for the other, he simply wrote, "Ankita with Ziva."

Take a look at the pictures here:

Sushant had perfectly portrayed brought Dhoni's life in 'MS Dhoni: The Untold Story', directed by Neeraj Pandey. He totally aced the cricketer's looks, his style of playing and not to forget the famous helicopter shot.

'MS Dhoni: The Untold Story' released to a blockbuster status in 2016.

Sushant died by suicide in Mumbai on June 14. He was said to be under stress and depression.

The 34-year-old actor made a name for himself with his choice of films and TV shows. He rose to stardom with the show 'Pavitra Rishta', in which he co-starred with Ankita. The duo dated for six years before breaking up in 2016.

In 2013, Sushant debuted in Bollywood with 'Kai Po Che!' and followed it up with films like 'PK', 'MS Dhoni: The Untold Story', 'Kedarnath' and 'Chhichhore'.

Bollywood news: Pankaj Tripathi on the worst and best times of his life