Why the world should remember June forever!

For 43-year-old Kailash Satyarthi in 1997, the Global March Against Child Labor was absolute passion and persistence crushing all barriers. 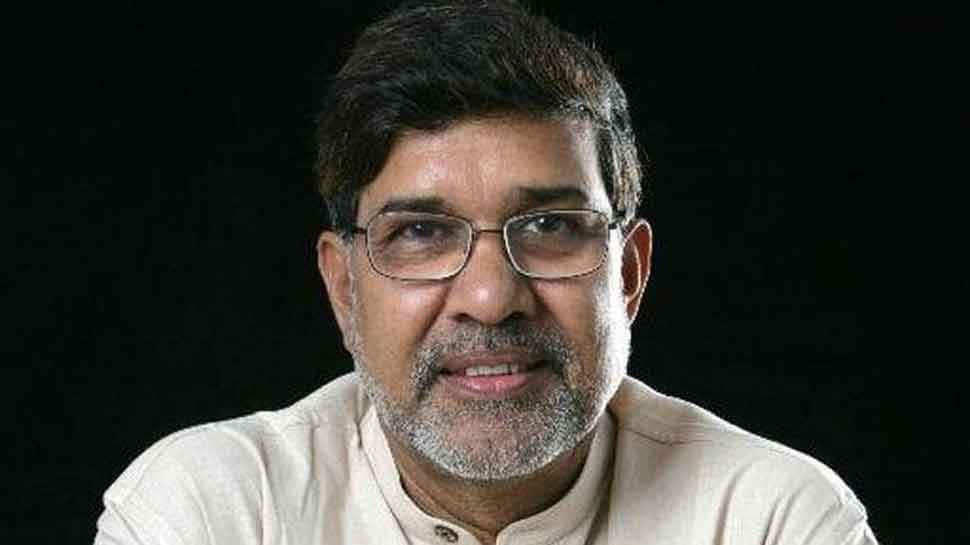 Sometimes, the sheer scale of the task made him wonder if his passion and ambition had run away from the unexciting life of daily obstacles and frustrating walls of apathy, ignorance, and even intolerance. After successfully organizing a number of marches in India and South Asia, Satyarthi was still busy chasing more dreams of freedom for enslaved children. In 2007 Satyarthi led the South Asia March against Child Trafficking with a participation of about 23 million people. However, one of the wildest ideas went on a full spree of physically signing twenty-five thousand letters that would go out to all corners of the world to organize the Global March Against Child Labour, leaving him wondering if it could all work.

For 43-year-old Kailash Satyarthi in 1997, the Global March Against Child Labor was absolute passion and persistence crushing all barriers. While India was celebrating the glorious 50 years of independence in 1997, this Global March Against Child labour in 1998 led to the adoption of the new international law (ILO Convention No. 182) to protect children from worst forms of child labour and June 12 consequently carried a meaning to be known as the World Day Against Child Labor. Till date it is the fastest ratified convention the history of the ILO.

Apart from his other laudable contributions, it is a gigantic leap of faith that resulted in Kailash Satyarthi being conferred the Nobel Peace Prize in 2014. For him, a particularly emotional moment came in March 2017 when the Government of India announced that it was ready to ratify the ILO Conventions 182 on abolishing Worst Forms of Child Labour and Convention 138 on Minimum Age for Employment. After all, it was he who had launched his crusade against child labor around 40 years ago under the aegis of Bachpan Bachao Andolan and ever since 1999 he had been advocating to his country to ratify these conventions, which finally bore fruits in 2017.

The country saw two NDA and two UPA regimes during the period. Infact how, the new law took 19 years to be passed and notified despite the persistence of activists is a story in its own right. The struggle continues, with each victory being a hard-earned one.

In one of his interviews to a channel, his eyes sparkle and gleam as he recollects those heady days of hope and optimism.

“Just thinking about those electrifying moments of June 6, 1998 fills me up with recharged energy and determination. It was indeed a life defining moment. About 600 of us, led by children marched inside the hall where ministers and high ranking officials of more than 150 countries had gathered for ILO’s International Labour Conference. The security staff gazed in wonder as the  crowd marched inside with posters and banners with children chanting impassioned slogans asking for an immediate halt to child labor. Leading us all was a 14-year-old boy Khokhan who had lost a leg during his childhood. The sound and spectacle of 2,000 delegates giving a standing ovation to us still deeply resonates." says Mr. Kailash Satyarthi.

The Global March Against Child Labour was launched to also fight and change this mindset. This march was one of the most successful mass mobilizations that we have seen in contemporary times. In those days, social media was non- existent. The Internet and the mobile phone were available only in rich countries or to the rich in third world countries in Asia, Africa and Latin America. Satyarthi and his team launched a globally coordinated effort with perfect synergy. A map of the world was placed and countries and cities were identified meticulously.

Thousands of organizations pitched for help and participation. When the Global March began in Manila, the Philippines on January 17, 2017, children and activists from every continent took part. That was the first leg. The second leg began in Sao Paulo in Brazil while the third leg started in Cape Town in South Africa. In all, more than 80,000 kilometers was covered during the March. More than 11.5 million people participated and more than 7 million participants left their support in the form of footprints which were transported by trucks to Geneva.

In the 1990s, the Bachpan Bachao Andolan (BBA) had launched a massive campaign to stop the exploitation of children forced to work in carpet factories in Uttar Pradesh. This sustained campaign, which also focused on consumers, had led to new partnerships with organizations and activists across Europe and North America. The relationships forged then helped during the Global March.

The story of the Global March and its achievements is testimony to the fact that hope and optimism do triumph over madness and cynicism.