The Mumbai Police requested his family to perform the last rites directly at the crematorium and not take the body to his home first due to the deadly novel coronavirus outbreak.

New Delhi: Indian cinema's legendary star Rishi Kapoor breathed his last on Thursday, April 30, 2020, at 8.45 am. He was admitted to Mumbai's Sri HN Reliance Foundation hospital on Wednesday night. The thespian was battling Leukemia for the last two years and underwent treatment for it in New York where he stayed for almost a year. He is survived by wife and actress Neetu Kapoor, children Riddhima Kapoor Sahni and actor Ranbir Kapoor.

The last rites were performed today evening at the Chandanwadi Electric Crematorium in Mumbai. Rishi Kapoor's wife Neetu Kapoor, sister Rima Jain, Alia Bhatt and Ranbir Kapoor along with other relatives and friends paid a tearful adieu with a heavy heart to the man who brought charm alive to the silver screens.

Family members and close friends reached the venue to pay their last respects. Rishi Kapoor's mortal remains reached the crematorium in a flower-decorated ambulance from Sir HN Reliance Foundation hospital as the legendary actor truly deserved a befitting farewell on his final journey.

The Mumbai Police had requested his family to perform the last rites directly at the crematorium and not take the body to his home first due to the deadly novel coronavirus outbreak. 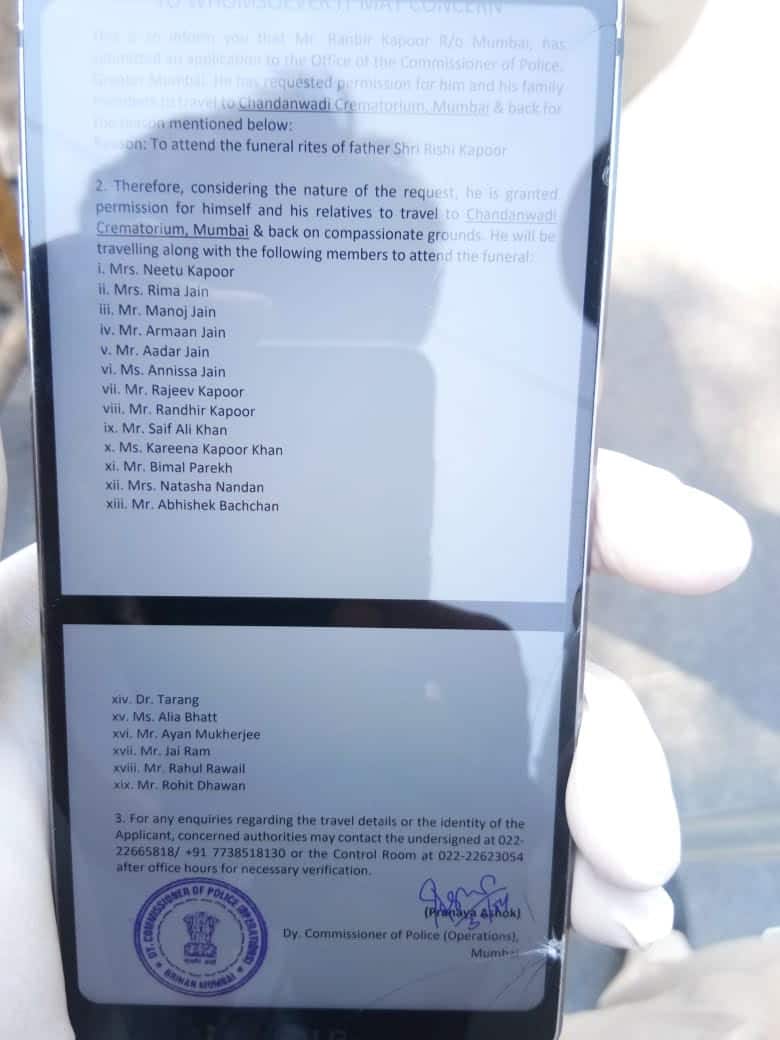 His daughter Riddhima Kapoor Sahni has been granted permission to travel from New Delhi to Mumbai. Delhi Police issued her a travel pass to be able to attend the last rites of her father.

The Kapoors released a statement earlier this morning reading:

Our dear Rishi Kapoor passed away peacefully at 8:45 am IST in hospital today after a two-year battle with Leukemia. The doctors and medical staff at the hospital said he kept them entertained to the last.

He remained jovial and determined to live to the fullest right through two years of treatment across two continents. Family, friends, food and films remained his focus and everyone who met him during this time was amazed at how he did not let his illness get the better of him.

He was grateful for the love of his fans that poured in from the world over. In his passing, they would all understand that he would like to be remembered with a smile and not with tears.

In this hour of personal loss, we also recognise the world is going through a very difficult and troubled time. There are numerous restrictions around movement and gathering in public. We would like to request all his fans and well-wishers and friends of the family to please respect the laws that are in force.

He would not have it any other way. 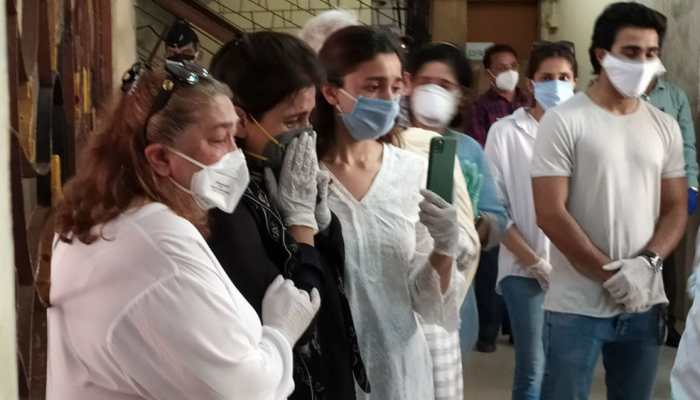 Neetu Kapoor breaks down at the funeral 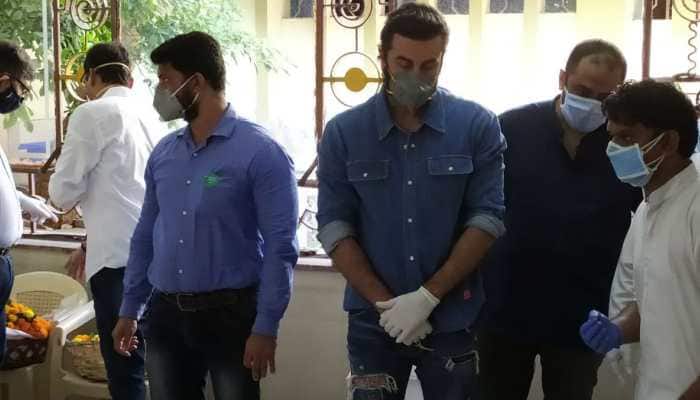 Ranbir at the funeral 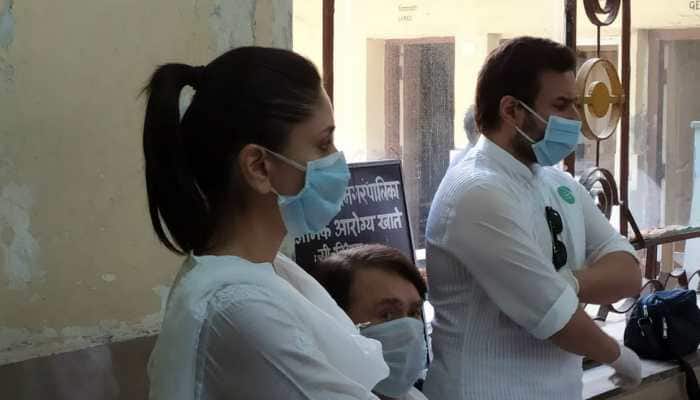 Randhir Kapoor with Kareena and Saif 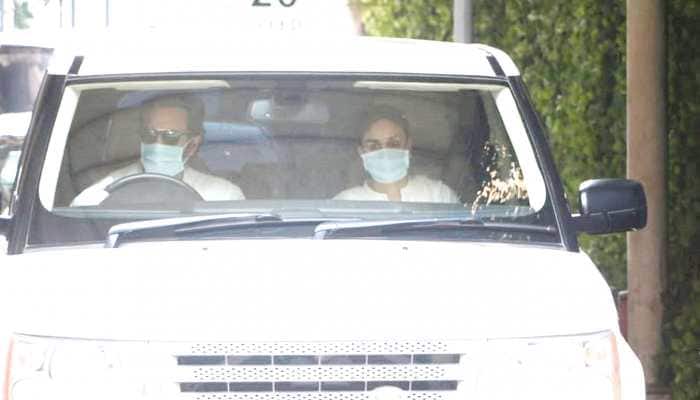 Kareena and Saif arrive for the funeral 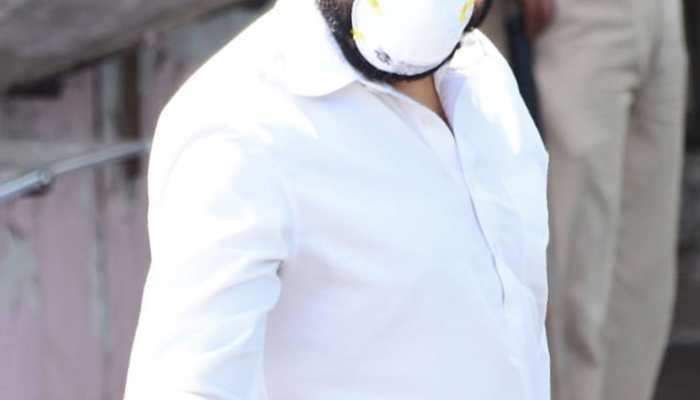 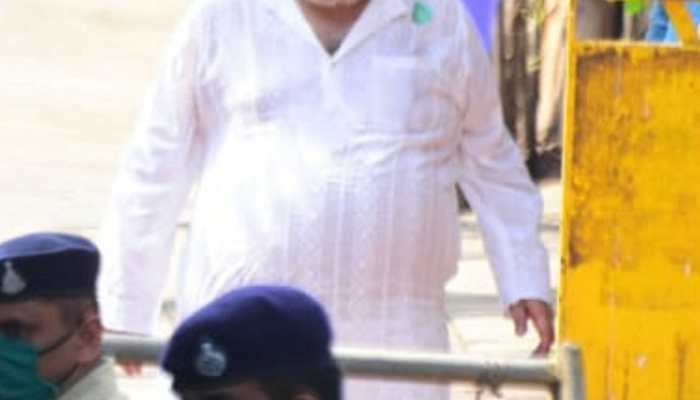 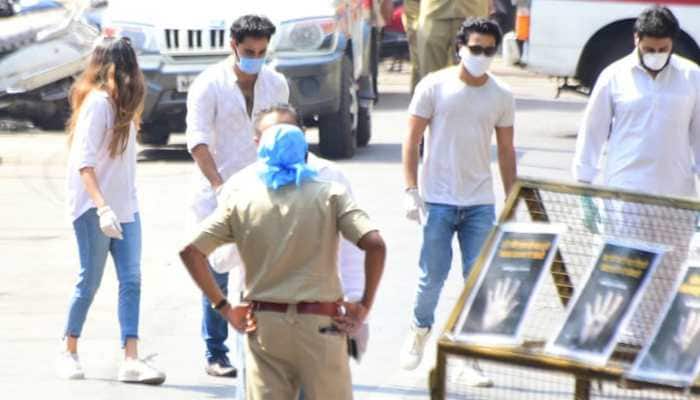 Abhishek with Armaan and Aadar Here's the list of people who were allowed inside the crematorium