Winning battle against cancer has made me a better performer: Manisha Koirala

The actress has finished shooting a film titled "Prasthanam", in which she will playing Sanjay Dutt`s on-screen wife. 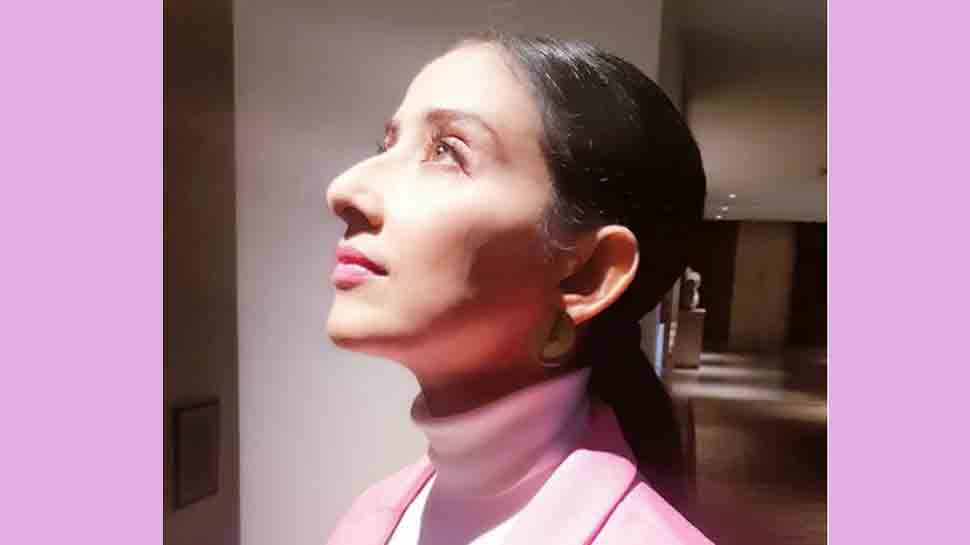 Mumbai: From writing about her battle against cancer to inspiring many lives with her motivational talks -- and even acting in films like "Sanju" and "Lust Stories" -- Nepal-born Bollywood actress Manisha Koirala has of late been keeping herself occupied. She says perhaps her fight against cancer has made her a better performer.

Asked if her approach towards acting has changed, the "Bombay" famed actress told IANS: "I am more mindful of everything now. Yes, I have experienced life and that way I can say that winning the battle (against cancer) has perhaps made me a better performer. I know that these days, when I hear a story and read the character that I would perform, I go a bit deeper into it, I try to connect with the mind of my character, and there is certain nuance I look for."

Her growing attention to detail is something even Chopra pointed out to Manisha, who has featured in films like "1942 A Love Story", "Mann", "Khamoshi" and "Dil Se..." in the past.

"Now when I look at a script, I do not look at the length of my role. All that matters is how substantial the character is in the narrative. I won`t mind then even if it is a role of five scenes," said the 47-year-old actress, looking as radiant as ever.

Manisha was diagnosed with ovarian cancer in 2012.

Her book gives an insight into the struggle she went through and how she emerged triumphant. Manisha, while writing the book, had to relive those dark memories all over again.

"Well, there were moments that I never ever wanted to recall in detail because even today when I think about them, I feel numb. So when I was writing the book, I struggled... I gave up in between so that I could avoid remembering them. However, my publisher was extremely supportive and I finished the book," she said.

What makes her stay so positive?

"At times everything falls into the right place at the right time, and destiny plays a part in making it happen. We all have our living time on the planet and no matter what we do, we will live only till that much time. When I was going through the treatment, and also afterwards, I was taking care of my body as much as possible and then I surrendered to the Almighty and said that I embrace whatever is destined.

"Since the doctor cannot confirm anything, we have to accept whatever is there in our life. Instead of feeling upset about it, I lived it through... I am living. It is life, so as long as you have it, live it," Manisha said with a smile.

Recalling an incident, she said: "When my treatment was on, I was living in New York. One of my cousins, who was living in Los Angeles, contacted me. Earlier, we were not that close. But during this time, we were constantly in touch with each other... She passed away, and see I am alive (paused, and took a deep breath).

"It really made me think that God must have a plan and my life has a purpose. Now, I am not only healed but also found my purpose of living. I am trying to utilise my living hours in a productive manner."

The actress has finished shooting a film titled "Prasthanam", in which she will playing Sanjay Dutt`s on-screen wife.

"We actors are fluid like that," Manisha said with a laugh, and added: "Characters are a part of the narration... we are the performers. But yes, I did not analyse it that way."