India are fighting for a seat in the World Cup finals, which will be played at the Lord's Cricket Ground on July 14. 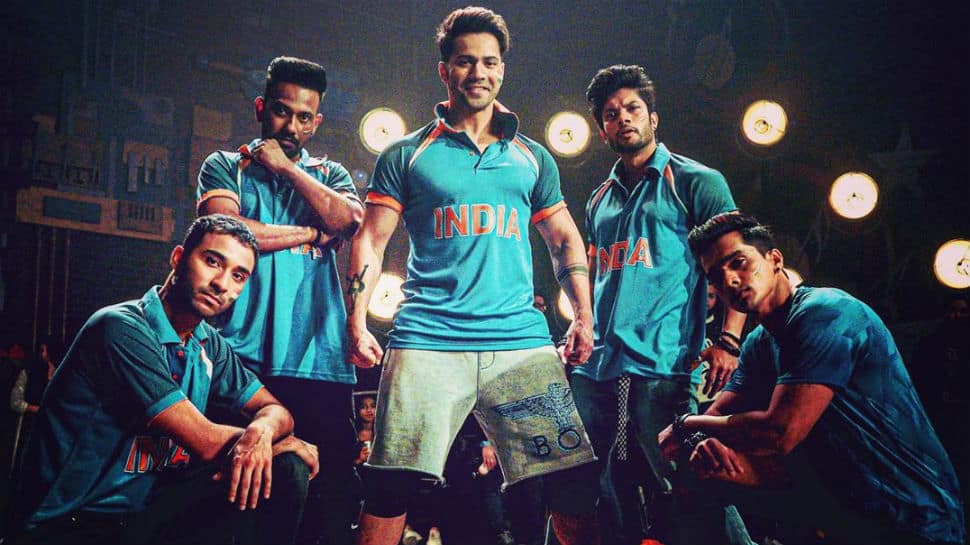 New Delhi: As India take on New Zealand in the semi-final match of Cricket World Cup 2019, actor Varun Dhawan revealed how he and his 'Street Dancer 3D' team are cheering for the Men in Blue. India are fighting for a seat in the World Cup finals, which will be played at the Lord's Cricket Ground on July 14.

Varun shared a picture of himself with his co-actors like Dharmesh Yelande and Raghav Juyal wearing blue jerseys and wrote, "Let's go Team India #SD3." The post also appears to be a part of their promotion gimmick for 'Street Dancer 3D', their upcoming film.

'Street Dancer 3D', directed by Remo D'Souza, is headlined by Varun and Shraddha Kapoor. It is a sequel to 2015's 'ABCD 2', also starring Varun and Shraddha. Nora Fatehi, Aparshakti Khurana and Shakti Mohan also play pivotal roles in the film.

'Street Dancer 3D' is scheduled to release on January 24, 2020. The film is produced by Bhushan Kumar, Lizelle D'Souza and Krishan Kumar.

'Apart from Street Dancer 3D', Varun has 'Coolie No 1' in the line-up.

Deepika Padukone's pics from a jewellery brand shoot are breathtaking