Would love for people to revisit 'The Sky Is Pink': Priyanka Chopra

Directed by Shonali Bose, "The Sky Is Pink" will release on October 11. 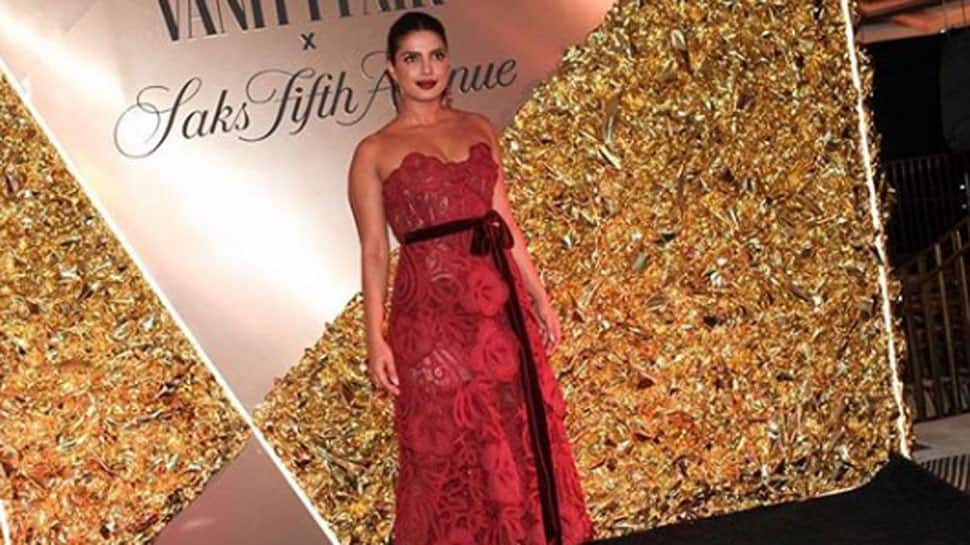 Los Angeles: Actress-producer Priyanka Chopra is excited about her first Hindi production, "The Sky Is Pink", and hopes people find a reason to revisit the film for many years to come.

Priyanka, who stars in the film along with Farhan Akhtar, expressed her views when she received the IMDb "Fan Favorite" STARmeter Award in Toronto. The award recognises fan favourites based on IMDbPro data on the page views of more than 200 million monthly visitors. Previous recipients of the award include names such as Olivia Wilde, Miles Teller, Brie Larson and Felicity Jones.

"Whenever I get an award, I get an opportunity to tell you that you are all the best and thank you for always having my back and for always being my friends, and with this bond our journey continues," Priyanka said.

"So thank you guys. My first IMDb credit was my first film, it was a Tamil movie called 'Thamizhan'. I have had a bunch of movies in my life which have given a lot to me, there's 'Fashion', there's 'Aitraaz', there's 'Barfi'. I would love for people to revisit 'The Sky Is Pink', all the time because it is my first credit as a producer/actor," she added.

"The Sky Is Pink" is a love story of a couple, who lose their daughter to pulmonary fibrosis, a serious immune disease. It also stars Zaira Wasim.

Directed by Shonali Bose, "The Sky Is Pink" will release on October 11.