'Yes, I am married', Rakhi Sawant admits marrying UK based businessman at Mumbai hotel — Details inside

The duo reportedly dated each for over a year before they tied the nuptials in an intimate ceremony at a plush hotel in Mumbai. 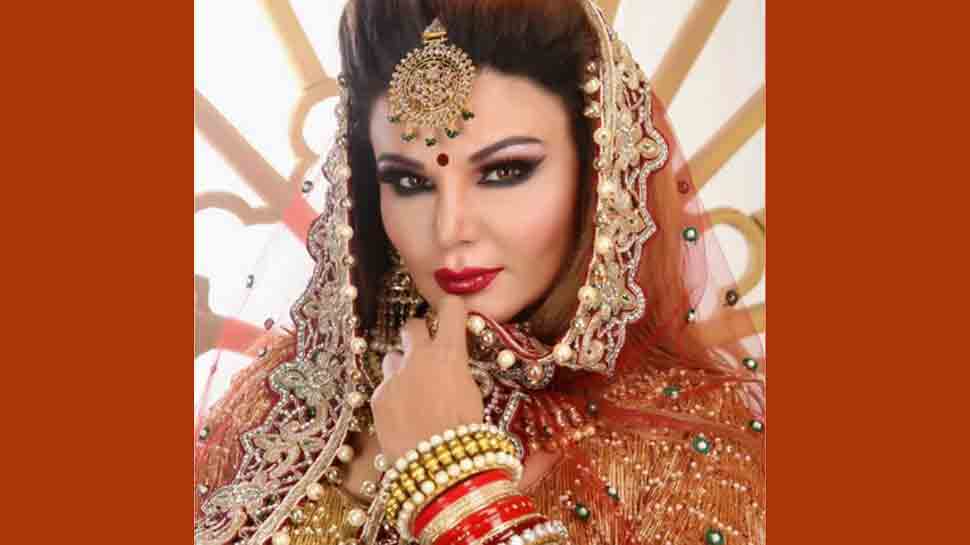 New Delhi: Rakhi Sawant, whose marriage rumours have been making headlines for quite some time, has finally confirmed tying the knot with an NRI businessman in a private ceremony recently. The actress spoke about her marriage to SpotboyE.com, saying, "I love him. I have married my fan. A fan who loved me truly."

"His name is Ritesh and he is in the UK. In fact, he has already left. My visa is underway and I will join him. Of course, I shall continue to work whatever I get in India, so will shuttle for that. I always wanted to produce TV shows and I think my long-standing dream will now be fulfilled. I thank Jesus for giving me such a wonderful husband," Rakhi told SpotboyE.com.

"He was my fan ever since he first saw my first interview with Prabhu Chawla. He WhatsApped me. Messaging and then talking to him, we became friends with the passage of time. This happened about a year-and-half back," she added.

The actress also spoke about motherhood plans saying that 'she is keen to start a family and plans to have one in 2020'. For now, the 'Main Hoon Na' actress plans to shuttle between India and UK, depending on her work assignment.

According to the website, Rakhi and Ritesh first came into contact almost a year and a half ago and they dated each other for over a year before they decided to walk down the aisle.

Giving details on how she met him, Rakhi said that they got in touch with each other on social media. "I get hundreds of messages from fans every day. But this one day, I was feeling very low and a fan messaged me asking, ‘Why I am so low?’ I was stunned! So, I asked him how he figured that I am feeling that way. To which he said, ‘I have been your fan for long enough to understand how you feel.' I just fell for him. I knew that day that I will marry him one day," Indian Express quoted her saying.

It is to be noted that bridal and honeymoon pictures of Rakhi had been going viral for some time, leaving everyone wondering if she had tied the knots. However, Rakhi had denied the speculations then, saying 'she is very much single and that the pictures were from one of her bridal shoots'.