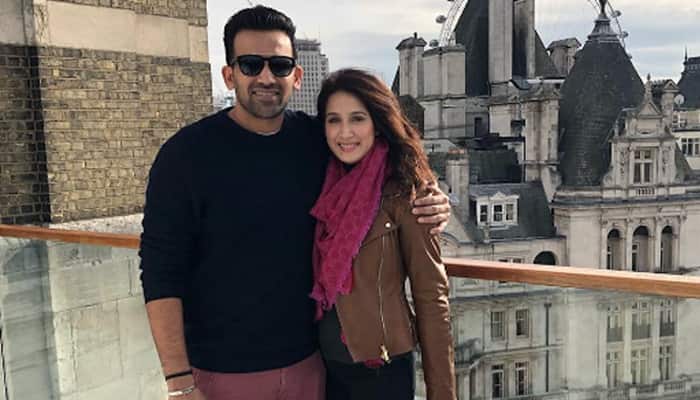 While best wishes from their fans keep pouring in on social media, in an interview with a leading daily, the couple answered various questions including the question of the problems (if any) that they faced in their inter-religious marriage.

According to a report in India.com, the two opened up on how it all started as they both are different personalities but one thing which was common between the two was that they were choosy in terms of whom to hang out with.

"It's upbeat for me, stressful for Sagarika (smiles). She is the worrier, because she is more responsible as far as the timelines are concerned. With me, things go haywire."

When the couple was asked if they faced any issues owing to their inter-religious marriage, here's what Zaheer said reportedly-

"We didn't face any such issues. Both our families are evolved enough to understand that it's about marrying the right person over marrying into the same religion. It's important to be a good human being."

And his fiance, Sagarika added, "My parents are also openminded and their primary concern was that I marry the right person. I am sure they may have had their apprehensions, but after meeting him, it cleared a lot of things for them. He is perfect."

Well, since marriages take place differently in Hindu and Muslim traditions, the couple was also asked if they would go for a nikaah or a Hindu shaadi. Here's what their answers were according to the report-

"We are going to stay away from both. It will be a court marriage on November 27 in Mumbai. There will be a pre and post wedding functions. I am planning to have something in Pune as well, so the ceremony will go on for a few days. We want this to be a get-together for close friends and family." -Zaheer.

Sagarika added to Zaheer's statement and said- "We are also planning to have something in my hometown Kolhapur, sometime later."

Well, with such adorable answers, the couple has raised the excitement level of their wedding up a notch.

Here's wishing all the very best to this lovely couple!