The committee on allowances has reportedly given its view in favour of AK Mathur-led 7th Pay Commission recommendation, regarding decrease in house rent allowance (HRA) by 2-6 percent depending on type of cities. 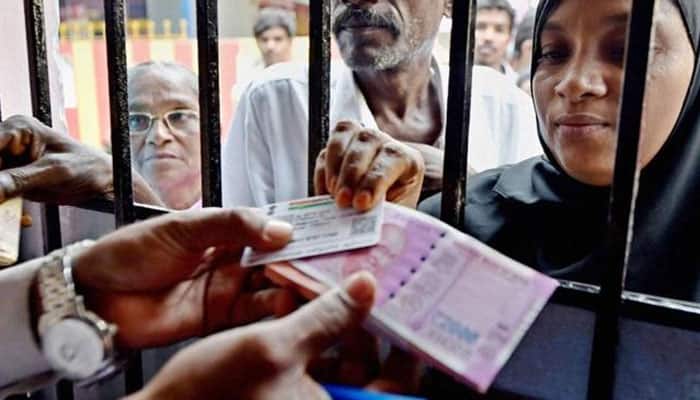 New Delhi: The 10-month long wait of central government employees and pensioners for allowances is about to end as the Narendra Modi government is expected to  announce a maximum HRA hike of up to 122 percent for them soon.

A high-level committee headed by the Finance Secretary, Ashok Lavasa had on last Thursday submitted its report to Finance Minister Arun Jaitley. The report will now be examined by the empowered committee of secretaries and following that it will be placed before the Cabinet.

The committee on allowances has reportedly given its view in favour of AK Mathur-led 7th Pay Commission recommendation, regarding decrease in house rent allowance (HRA) by 2-6 percent depending on type of cities.

The 7th Pay Commission headed by AK Mathur had earlier proposed the rate of House Rent Allowance (HRA) at 24 percent, 16 percent and 8 percent of the Basic Pay for Class X, Y and Z cities respectively.

The existing rates of HRA for Class X, Y and Z cities and towns are 30 percent, 20 percent and 10 percent of Basic pay (pay in the pay band plus grade pay)

The remaining cities / towns in various cities / UTs which are not covered by classification as ‘X’ or ‘Y’ classified as “Z” for the purpose of HRA.

If the Narendra Modi government accepts the bare recommendations of A K Mathur-led 7th Pay Commission then the HRA component of central government employees will increase ranging between 106 percent and 122 percent.

Take, for instance, a central government employee at the very bottom of the pay scale under 6th Pay Commission was till now entitled to an HRA of Rs 2,100 on basic pay of Rs 7,000 (basic pay that includes pay of pay band + grade pay) in a Class X city. It is to be noted that government, while implementing the 7th Pay Commission in June last year had made it clear that till the final outcome of allowances committee is being placed, the employees would be getting the allowances as per 6th Pay Commission.

Now, as per 7th Pay Commission, the new entry level pay at this level is Rs 18,000 per month against which the new HRA for a Class X city would be Rs 4,320 per month, that is 106 percent more than the existing level.